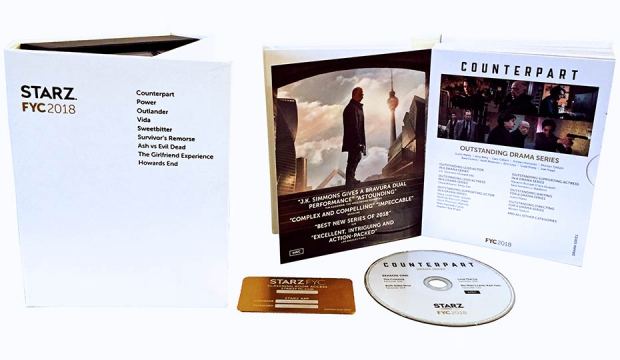 The Emmy mailer from Starz that went out to all 23,000 Emmy voters this spring includes 40 episodes from nine programs, each on a separate DVD. They are encased in a white hardcover book that has pictures, pull quotes from critics and lists of program and acting category submissions. Only the spreads for “Counterpart” and “Howards End” specifically ask voters to consider them additionally in the Best Writing and Directing races. The boxed set also includes a heavy golden card that has codes printed on it to access the Starz online FYC screening room and the Starz app free this summer.

The only Starz program in contention that has received Emmy nominations previously is “Outlander,” for Best Period/Fantasy Costumes and Best Period Production Design for its second season and Best Series Music for its first season. It did not contend last year as it took an extended hiatus. Starz reaped nominations last year for the final season of “Black Sails,” as well as the debut season of “American Gods,” which is now on an extended hiatus.

SEEwhat Starz has submitted in the program and acting categories.

SEEthe full list of “Outlander” submissions on the Emmy ballot. 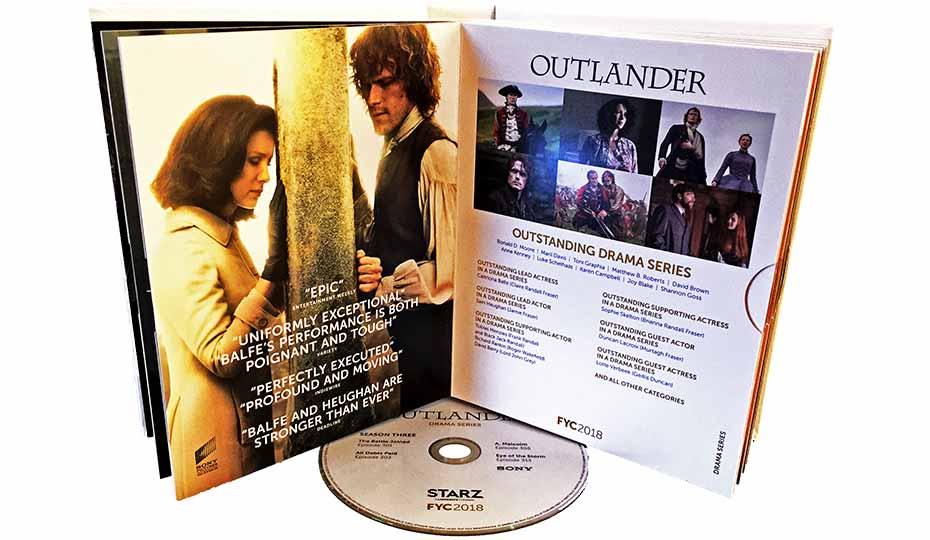