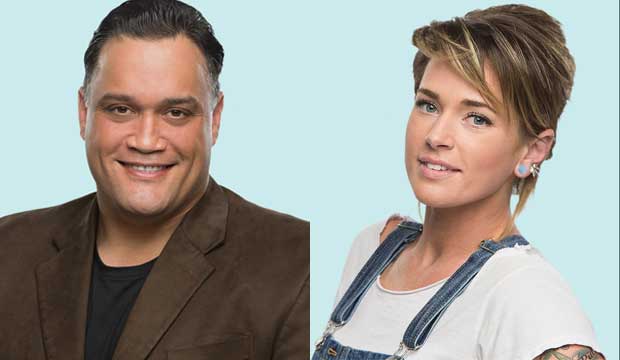 Steve Arienta has the dubious achievement of being the first houseguest evicted on “Big Brother” season 20. This one-time undercover cop lost a close vote to Sam Bledsoe on the live eviction show on July 5. While he managed to convince six of the other #BB20 contestants to keep him, the wily welder got seven on her side. Are you sorry to see Steve go so soon? Vote in our poll below and then sound off in the comments section.

Steve and Sam were put on the chopping block by Tyler Crispen, who reigned as the first Head of Household. The 23-year-old lifeguard lasted the longest in an endurance test. Had either Steve or Sam been saved by the Power of Veto, he had thought about swapping in one of his last-standing rivals in that contest, Bayleigh Dayton. But Faysal Shafaat, who won the PoV competition, decided not to switch out either of those up for eviction with another houseguest.

Kaitlyn had been the swing vote and her defection left Steve speechless. In his post-exit interview with “Big Brother” host Julie Chen, he readily admitted, “I’m shocked. I was more than confident; which is mistake number one. I honestly believed I had an alliance with The Bros, with Swaggy and that group. I thought that having a double alliance, where I could utilize the both of them to carry me over the seven vote, was a smart play in the first week but obviously someone in the alliance groups thought differently.”

You can win a $100 Amazon gift certificate by predicting the finishing order of all 16 houseguests, so get started right now — it’s fun and easy. Currently Winston Hines is the odds-on favorite to win “Big Brother” Season 20, but expect the odds to fluctuate once viewers get to see all the players in action.