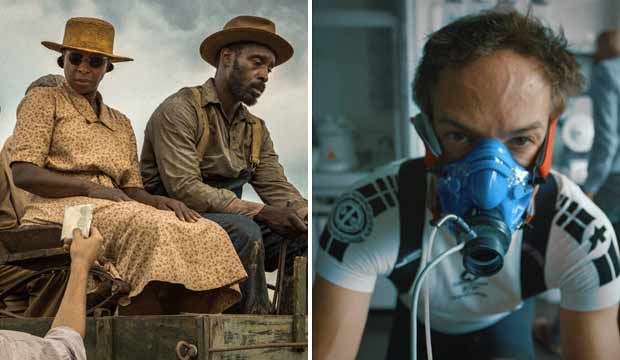 Online streaming has disrupted both the television and film industries, and they’ve also disrupted television and film awards. How do you categorize content that exists in a world that isn’t exactly TV and isn’t exactly cinema? And how much does the distinction really matter in the end? “Ready Player One” director Steven Spielberg has weighed in, saying, “I don’t believe that films that are just given token qualifications in a couple of theaters for less than a week should qualify for the Academy Award nominations.” He thinks those movies deserve Emmys, not Oscars, and many of our readers agree.

According to our poll (scroll down for the complete results), 45% of respondents think streaming movies should be eligible for Emmys. That point of view not only matches Spielberg, but also the Cannes Film Festival, which faced a similar controversy in 2017 when the Netflix movies “The Meyerowitz Stories” and “Okja” were selected for competition for the top prize, the Palme d’Or. Despite the outcry against them the festival allowed them to remain in competition, but stipulated that any future films must commit to a French theatrical run if they want to be considered.

The Oscars have proved more open to streaming contenders. In 2018 Netflix’s “Icarus” won Best Documentary Feature and “Mudbound” earned four nominations including Best Supporting Actress (Mary J. Blige) and Best Adapted Screenplay. And in 2017 Amazon made a breakthrough by winning Best Actor (Casey Affleck) and Best Original Screenplay for “Manchester by the Sea.” But “Manchester” had a more traditional theatrical roll-out before it was available to stream, so it really seems to be the Netflix model of very limited qualifying runs in theaters that Spielberg and fest programmers object to.

But more than a quarter of our readers (27%) think streaming movies belong at the Oscars, while slightly more than that (28%) take the nuanced position that it should be decided on a case-by-case basis. How do you think eligibility rules should change to reflect the changing reality of film and TV distribution? 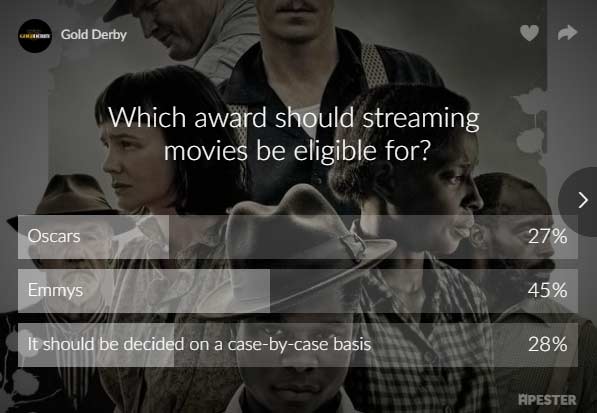