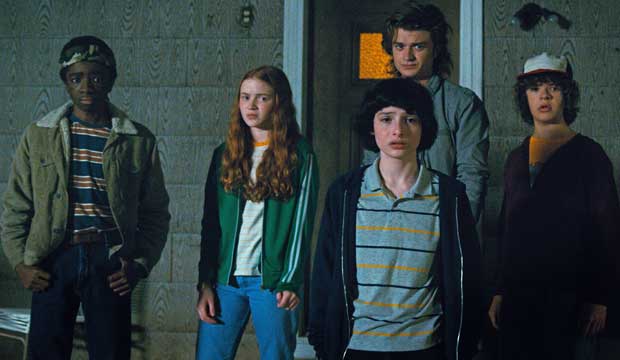 “Stranger Things” was a breakout hit when it premiered in the summer of 2016 on Netflix, so much so that it was remembered by Emmy voters a year later with 18 nominations, including Best Drama Series, Best Drama Supporting Actress (Millie Bobby Brown) and Best Drama Supporting Actor (David Harbour). It won five times in creative arts categories, for its main title design, main title theme music, casting, picture editing and sound editing. How will the show do in 2018?

Judging from the Emmy ballots it could receive even more nominations. It has been submitted in 21 categories whose ballots have been publicly revealed (music composition awards follow a different procedure and don’t publicize their ballots). This year’s contenders includes Brown and Harbour, who will be competing again in the supporting races, while Winona Ryder moves up to the lead contest in the hopes of her first nomination.

But they’re not the only acting contenders for the show. Brown is joined in the Drama Supporting Actress race by Natalia Dyer and Sadie Sink, while Harbour is one of nine “Stranger” contenders for Drama Supporting Actor, along with Sean Astin, Charlie Heaton, Joe Keery, Gaten Matarazzo, Caleb McLaughlin, Paul Reiser, Noah Schnapp and Finn Wolfhard. Schnapp may be the likeliest contender among the show’s child actors; he plays Will Byers, whose demonic possession drove the second season’s storyline. And Matthew Modine and Linnea Berthelsen have been entered in guest-acting categories for their appearances in the episode “The Lost Sister.”

Check out the complete list of “Stranger Things” Emmy submissions below and decide for yourself how many nominations and wins it will receive this year.