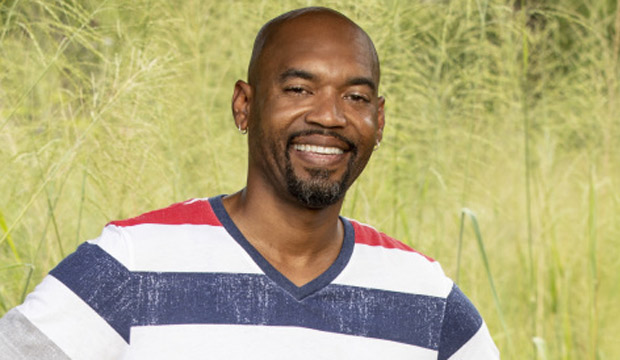 After last week’s shocking episode of “Survivor: David vs. Goliath” in which two people were sent home, only 15 players remained in the game at the start of the fifth hour. The Davids and the Goliaths were no more following the tribe swap that divided them into three groups: Tiva (green), Vuku (orange) and Jabeni (purple). The orange tribe lost immunity and eliminated Natalia Aroqa last week, meaning that Carl Boudreaux, who was exiled and tribe-less after the mix-up, took her place at Vuku. How did Carl make due with his new tribe in “Jackets and Eggs”?

Below, check out our minute-by-minute “Survivor” recap of Season 37, Episode 5 to find out what happened Wednesday, October 24 at 8/7c. Then be sure to sound off in the comments section about your favorite castaways on CBS’s reality TV show, who annoys you the most, and who you think will ultimately join the “Survivor” winners list. Keep refreshing/reloading this live blog for the most recent updates.

8:01 p.m. — Back at camp after Vuku’s tribal council last week Kara is the one feeling like the odd player out, but Alec tells her that they are still together and hopes that his plan to work with the former Davids built some trust with them that they can use in the future.

8:03 p.m. — The next morning the islanders are struck by yet another torrential storm that not only soaked their camps, but actually destroyed them with winds and floods. At that point they all received a production note telling them that due to the threat of the storm they were being evacuated from camp and would return once the storm cleared. Something similar happened a few seasons ago on “Millennials vs. Get X,” but it is a very rare thing to happen on the show!

8:09 p.m. — When the tribes returned post-evacuation they found that all of their camps had been completely destroyed, requiring that they immediately rebuild their shelters before heading out for their next challenge. When the other tribes saw the new Vuku tribe jaws dropped at the sight of a former Goliath being voted out despite their majority.

8:12 p.m. — For the reward challenge the tribes had to be among the first two to connect sandbags with targets via slingshots. For the winners, Jeff Probst had chickens and a rooster for the first tribe to finish and a basket of eggs for the second tribe to finish. Dan and John got Tiva off to an early lead in the sandbag collecting phase of the challenge while Davie and Alec struggled. But Vuku caught up and scored the first target with a shot by Alec. Angelina got the first shot for Jabeni right before Elizabeth connected for Vuku’s second target to take first place reward! At that point Dan finally hit the first target for Tiva, but it wasn’t soon enough because Nick caught the second target for Jabeni to win the eggs!

8:17 p.m. — Back at camp, Carl asked Kara how tight she feels with Alec giving her an opportunity to throw him under the bus, telling both Carl and Davie that once merge comes he’s going to rejoin with the other Goliath guys and be a thread. Elizabeth was still wary of Kara’s intentions and her gut told her that Kara is the one more likely to return to Goliaths than Alec who has already betrayed them.

8:19 p.m. — With their new basket of eggs, Jabeni started debating how soon they would have to eat them. Natalie argued that in the weather they should cook them all immediately, but Lyrsa disagreed. The debate pit everyone against Natalie and her bossiness once again. Even her fellow Goliath Mike showed signs of being fed up, setting the Jabeni tribe up for another possible flip against a former Goliath in the event that they lose immunity.

8:24 p.m. — Once again at the Tiva camp, Christian bonded with the Goliath bros, alienating his David ally Gabby. Though Dan felt comfortable knowing they could easily vote Gabby out, he still went looking for a hidden immunity idol that he assumed must exist at the new camp since he had already found one at the original Goliath camp. Sure enough, knowing to look for green string, Dan found a clue to an idol that would be hidden at the next immunity challenge. Could he really find a second one? Hopefully if he gets it he won’t tell anyone about it this time!

8:27 p.m. — For that immunity challenge the tribes ran an obstacle course that included ladder climbs, bridge-building and a snake-and-ball maze. The first two tribes to finish would win immunity, leaving the third to go to tribal council to vote the next player out. Vuku got off to an early lead, but by the second obstacle Tiva had caught up and Jabeni fell behind into last place because of slowness on Lyrsa and Natalie’s parts. At the final stage, John set off to finish the maze for the diva tribe with the rest of the players looking on, allowing Dan the perfect opportunity to fall back and retrieve the hidden idol from the structure just behind him! Meanwhile on the mazes, both Alec and John dropped their balls giving Nick an opportunity to take the lead for Jabeni. But Nick was taking the maze so slowly that both Alec and Christian (who replaced John for Tiva) were able to catch up with bolder and bigger moves on the maze. Though all tribes reached the final stretch of the maze at the same time, Alec secured the win for Vuku shortly before Christian did the same for Tiva! That left Jabeni out as the losers, destined to head to tribal council that night.

8:39 p.m. — Like Vuku last week, Jabeni’s numbers pit the three Goliaths against the two Davids on paper. The three Goliaths decided that between Nick and Lyrsa that they should eliminate Lyrsa because Nick will be more beneficial in future challenges. With that in mind, Angelina set her sights on Lyrsa’s jacket and Natalie was more than willing to try to get it for her. In doing so, Natalie told Nick in so many words that if he wanted to stay he should either steal Lyrsa’s jacket for her or give her his own. That gave him the ammunition he needed to approach Mike with the idea of him voting with them to eliminate Natalie.

8:43 p.m. — Mike already wanted to get Natalie out (because of personal annoyance with her), but knew that if he flipped on Goliaths he’d need Angelina to be on board with it. Of course Angelina told Nick and Lyrsa that she’d vote with them to take out Natalie, but knew that with Natalia out of the Vuku tribe now it was dangerous to allow the Davids to take out yet another Goliath pre-merge. All of that set the stage for the tribal where it would seem to be a vote between either Natalie or Lyrsa going home with Mike and Angelina as the swing votes.

8:49 p.m. — Jeff began tribal by asking the players how big of an impact the Goliath vs. David numbers would play into the vote. Angelina pointed out that it didn’t only matter with the numbers in their tribe, but across all the tribes especially with a Goliath going home despite a majority on the other tribe. Later Natalie brought up the egg debate which led to a discussion about her bossiness at camp. Nick brought up the jacket issue, saying that Natalie was bullying him but she said it was negotiating not bullying. In support of Natalie, Angelina cleared the air that it was actually her that wanted the jacket and that Natalie was perhaps doing it out of love for her not out of selfishness.

8:54 p.m. — With that the five castaways voted–we saw Lyrsa and Nick vote for Natalie and Natalie vote for Lyrsa, but the votes of Mike and Angelina were kept secret until Jeff read them: Natalie, Lyrsa, Natalie, Lyrsa, Natalie. Welp! It looks like once again the Goliaths did not stay strong and even Angelina and Mike weren’t on the same page! And as Natalie waited for her torch to be snuffed, Angelina asked Natalie if she’d leave her jacket for her, but stone cold as ever Natalie completely ignored her and walked out. Savage!

Here are the answers to Gold Derby’s contest questions for “Survivor” 37: Episode 5:

Who will be eliminated? Natalie Cole

Who will win Immunity? Vuku and Tiva