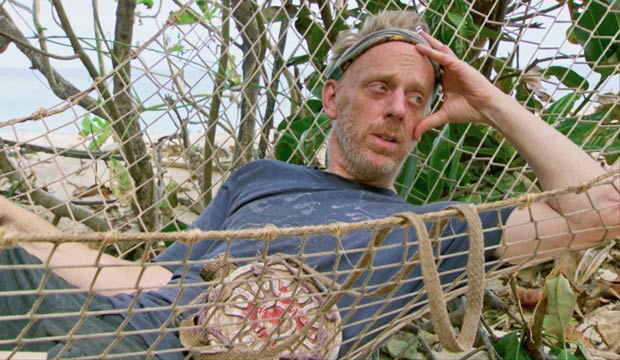 Wednesday’s eighth episode of “Survivor: David vs. Goliath” delivered another epic tribal with one of the season’s most unexpected endings. After both Davie Rickenbacker and Dan Rengering played idols to protect their allies Christian Hubicki and Angelina Keeley, respectively, the Davids outplayed the Goliaths to take out John Hennigan with only three votes. It was a stealthy move that would have resulted in his elimination even if Dan hadn’t wasted one of his two idols on Angelina. The Goliaths still have a 6-5 majority over the Davids, but lurking beneath the surface are a handful of players ready and willing to make a move against their own side.

In this week’s power rankings I keep Christian and Nick at the top for the fourth straight week while their former ally Mike White takes a huge tumble straight to the bottom. Below is my complete assessment of the Final 11 after Mike came up short in the same episode that the Davids found yet another hidden advantage.

Two episodes of a merged tribe and in both episodes Christian was singled out as the biggest threat in the game. Yet, here we are–Christian is still in the game and in an even better position than he was before. This week we saw the Davids work together to upset the Goliath numbers all in the service of protecting Christian. That Davie was willing to use a hidden idol no one else knew about in order to save Christian says a lot about how willing they are to put the group ahead of themselves. Loyalty has been the Davids’ biggest strength since the beginning of the game–we’ve seen it play out multiple times, including this week when Nick, Carl and Davie all worked to find a hidden advantage together. Now they, as a group, have a vote steal and an idol nullifier left to use, both of which are more powerful now that they’re only down one against the Goliath alliance.

Aside from their position in the game, Christian, Nick and Gabby all continue to receive favorable edits that suggest their journey this season is far from over. Gabby reminds me a lot of Hannah Shapiro who was taken to the finale on “Millennials vs. Gen X” because of her frequent emotional reactions and an apparent lack of confidence. If Christian and Nick do in fact make it to the end, Gabby will be right there with them the entire way all while posing absolutely no threat to beat either among the jury.

Despite voting with the Goliaths against Christian this week, I fully expect Alison and Alec to come out of it relatively unscathed. For one thing, Alec owned up to it with Nick well in advance of tribal, giving the Davids time to execute a plan to save Christian. Alec did this knowing that eventually he’ll need the trust of the Davids in order to work against the Goliaths. Alison was not shown caring either way about Christian’s elimination, but in the previews for the next episode we see her once again attempting to form an alliance of women with Gabby and Kara. Alison’s relationship with Gabby is what I think will protect her from the Davids when someone like Mike will be vulnerable. Overall, I still see the Strike Force alliance being a thing for a bit, but without Mike. That will get Alison and Alec further in the game, but how far remains to be seen.

These three players are still comfortably floating through the game with very little attention being paid to them both by their peers and the show’s editors. Carl and Kara are perhaps getting the absolute worst edits of the season, appearing only briefly each episode and having no say whatsoever in how the votes go down (though to be fair, Kara does seem to take a driver’s seat in next week’s episode where she supposedly fights with Dan). Davie had a big episode this week in successful use of his idol, but he may have sealed his own fate in the long run by leaving himself without that protection once he needs it. At the end of the day, Davie and Carl are going to last as long as Christian, Nick and Gabby need their vote to obtain a majority over the Goliaths, but will be sacrificed eventually because they’ll be too likable to sit next to at the end. Kara is in a similar position, though once Dan, Angelina and Mike are out of the way she’ll be sent home as the last non-Strike Force member of the Goliaths.

I guess the surprising thing here is that I’ve moved Mike all the way to the bottom of the list. After his attempt at blindsiding Christian failed this week and he lost one of his Goliath numbers, what power does he actually have? None. And yet, worse than having no power–because ultimately Angelina has no power either–he lost the trust his powerful alliance had in him. Mike likely severed all ties with Strike Force and without even knowing it put Alec in a better position with Nick and Christian, setting the Davids up to overthrow the Goliaths completely in the coming weeks.

If the overthrow of the Goliaths pans out like I think it will, Angelina and Dan are in as much danger as Mike is because they, too, have absolutely no good will stored with any of the Davids. Angelina’s best play at this point is accepting that no one trusts her and adopting a “goat” place in the tribe and convincing everyone that they should want to take her to the end because she won’t win. I highly doubt her ego will let her do that though. Dan also has a huge ego and though I can theoretically see him going on an immunity challenge streak to get to the end, I think he’ll come up short eventually and if his ego gets in his way he may very well be sent home with his second idol still in his pocket.