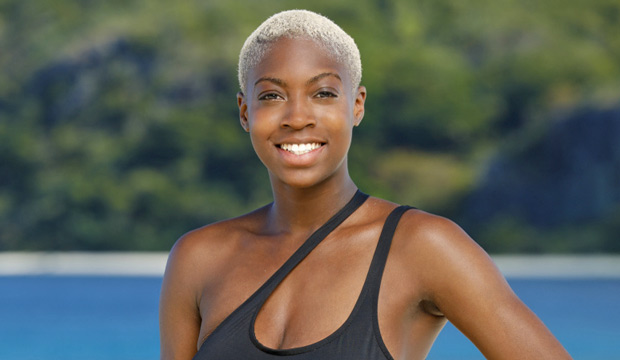 Who was voted out in Wednesday’s 10th episode of CBS’s “Survivor: Ghost Island”? Heading into this week’s chaos-heavy episode, Gold Derby readers predicted that Desiree Afuye would be sent packing despite being a member of the dominating Naviti alliance. In second place to be eliminated was Michael Yerger, who saved himself last week by properly using his hidden immunity idol. Did our predictions come true?

Below, check out our minute-by-minute “Survivor: Ghost Island” recap of Season 36, Episode 10, titled “It’s Like the Perfect Crime,” to find out what happened Wednesday, April 25. Then be sure to sound off in the comments section about your favorite castaways, who annoys you the most, and who you think can go the distance to join the “Survivor” winners list. Keep refreshing/reloading this live blog for the most recent updates.

7:59 p.m. – “Previously on ‘Survivor’!” During last week’s ninth episode Libby Vincek fell victim to Michael using a hidden immunity idol, so she ended up being voted out with only four votes cast against her. It makes sense that Michael will once again be the target of the original Naviti alliance, unless he manages to pull another ace from his sleeve. What will happen tonight? Let’s find out!

8:01 p.m. – The morning after tribal council Desiree proclaims to original Manolo members that she’s prepared to turn on original Naviti because she knows she’s at the bottom of that group. Laurel Johnson (original Manolo, but working with Domenick Abbate and Wendell Holland from Naviti) once again is the swing vote between the two alliances and it looks like she might have to make a decision about it tonight!

8:03 p.m. – For this week’s reward challenge the 11 are split up into two teams of five for a paddling course with a puzzle at the end. The prize is a helicopter ride to a picnic with meats, cheeses and brownies. Because it’s a schoolyard pick, one person can’t compete and cannot win reward or be chosen by the winning team to be sent to ghost island. The teams are: Michael, Sebastian, Chelsea, Kellyn and Jenna; Wendell, Domenick, Laurel, Desiree and Angela. Donathan was not picked and will sit it out.

8:06 p.m. – Sebastian Noel and the orange team are first to rescue their third caged player and begin paddling to shore while Wendell’s purple team struggled to maintain control over their boat. With a significant lead, orange begins their block puzzle just as purple finally reaches the beach to begin unlocking their puzzle pieces.

8:08 p.m. – On the puzzle, Michael takes the lead for orange and quickly assembles the pieces into the correct spots and easily earns reward for the five of them! Before they leave for their picnic they let rocks choose who goes to ghost island. This time the white rock is drawn by… Angela Perkins.

8:14 p.m. – On the reward picnic, Michael is keen to strategize with the original Naviti members. He pitches to them that he’s on the very bottom and in that spot is an available and loyal vote if they want to use him. Kellyn notices that Sebastian and Chelsea Townsend give him a generic answer, a sign she takes as them wanting to stick to Naviti and eliminate Michael next.

8:16 p.m. – Meanwhile on ghost island, Angela is excited for the chance to explore a different part of the game for the first time and luckily for her she breaks an urn offering her the chance at an advantage. Like others before her, she risks her vote in order to have a 2/3 chance at an advantage knowing that Naviti has the numbers even without her vote. Unfortunately she chooses the wrong treasure and loses her vote without gaining an advantage. Whomp whomp.

8:17 p.m. – Back at camp, Laurel and Donathan decide it’s a smart move to stick with Wendell and Domenick instead of following Desiree’s lead. That decision means that Laurel outs Desiree as a turncoat which lights a fire under Domenick’s butt. He goes to Kellyn and tells her that it seems Chelsea and Desiree are going to turn on Naviti, but Kellyn rejects the idea because she’s tight with both of them and thinks this is a ruse to take the target off of Michael.

8:23 p.m. – Knowing he’s on the bottom, Michael is not nervous about going out to look for another idol. Much to his chagrin, Donathan also goes out looking and, sure enough, Donathan finds one! He finds Scot Pollard‘s idol (which went unplayed) because he needed Tai Trang‘s idol to pair with it and Tai refused it. Like those idols, Donathan’s must be paired with a second idol hidden under the shelter in order to have power. In order to secure the second half, Donathan uses Laurel, Jenna and Michael as cover and is able to get the idol from underneath the shelter.

8:27 p.m. – For the immunity challenge the players will balance a ball on a disc attached to two ropes they must hold up. Last person standing with the ball still on the disc wins.

8:30 p.m. – Out of nowhere Michael also drops so that only Sebastian, Kellyn and Chelsea move on to the second round of 15 minutes where their hands are further down the rope. Early into this stage all three show more movement than they did in the previous stage and Kellyn is the first to actually drop her ball. With only Chelsea and Sebastian left Sebastian is the first to show significant movement and ultimately can’t hold on! That means Chelsea becomes the third female in a row to win immunity!

8:38 p.m. – After the immunity challenge, Desiree is prepared to get the wheels turning for a Kellyn blindside. Unfortunately, Kellyn still trusts Chelsea and Desiree and tells them that Domenick came to him earlier to warn her about Desiree. That is a huge wrench in Desiree’s plan and so she’s furious at Laurel for telling Domenick, leaving her having to scramble to cover her tracks by throwing Laurel under the bus instead.

8:41 p.m. – At this point the entire thing becomes a he-said-she-said about whether Desiree is telling the truth or Laurel is. Domenick seems to trust Laurel over Desiree, but with that drama in the air decides to go to Michael in order to forge an alliance of “strong players” with him instead of eliminating him. Meanwhile, Desiree continues to spin lies, but that just makes Kellyn more confused even if she doesn’t believe it’s the right time to turn on Naviti members.

8:44 p.m. – Kellyn approaches Domenick and basically threatens him by saying that the Naviti guys (Domenick, Wendell and Sebastian) have been calling the shots the entire game and that for this vote they need to let the Naviti girls (Desiree, Kellyn, Chelsea, Angela) call the shots and vote Michael out. That conversation makes Domenick think that in fact the Naviti girls are trying to make a power move and that most likely Laurel is telling the truth and Desiree is not.

8:49 p.m. – After one of the most turbulent days at camp, all the attention at tribal council quickly turns to Desiree and Laurel. Desiree defends her lie (again) and Laurel, backed up by Donathan and Jenna, refutes that with the actual truth. Michael then throws Desiree further into the fire and the looks on the faces of Wendell and Kellyn tell a story of worry, but Chelsea defends Desiree.

Here are the answers to Gold Derby’s contest questions for “Survivor” Season 36, Episode 10:

Who will be eliminated? Desiree Afuye

Who will win Reward? Michael, Sebastian, Kellyn, Chelsea and Jenna

Who will win Immunity? Chelsea Townsend

Who will go to Ghost Island? Angela Perkins