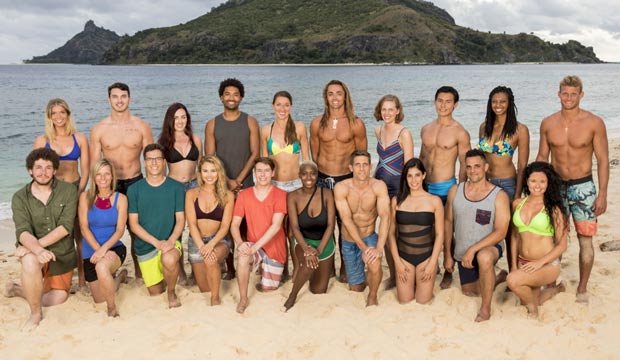 CBS’s reality TV show “Survivor” returns February 28, 2018 for its whopping 36th season, dubbed “Ghost Island.” Once again hosted by four-time Emmy winner Jeff Probst, this latest cycle features two tribes of strangers who must deal with the mistakes made by former players. Click through our photo gallery above to meet the 20 new “Survivor: Ghost Island” castaways.

In describing Season 36, Probst teases, “For the first time ever, a new group of players will have the chance to reverse the curse of some of the worst decisions in ‘Survivor’ history. An entire season centered around the bad decisions of past players, using the actual haunted advantages and idols that did them in. Will these new players learn from the mistakes of others? Or will the past come back to haunt again?” Watch the CBS promo trailer for “Survivor: Ghost Island.”

This season’s group of “Survivor” castaways are a relatively youthful group, with the youngest male being 18-year-old Michael Yerger from Los Angeles, California and the youngest female being 21-year-old Desiree Afuye from New York, New York. Conversely, the oldest man is 41-year-old Brendan Shapiro from Herndon, Virginia and the oldest woman is 43-year-old Angela Perkins from Cincinnati, Ohio.

“Ghost Island” is the second season in a row to feature a group of all-new players after last year’s “Survivor: Heroes vs. Healers vs. Hustlers,” which was won by Ben Driebergen. Which of Season 36’s newbies will outplay, outwit and outlast all of the others to win the $1 million prize?