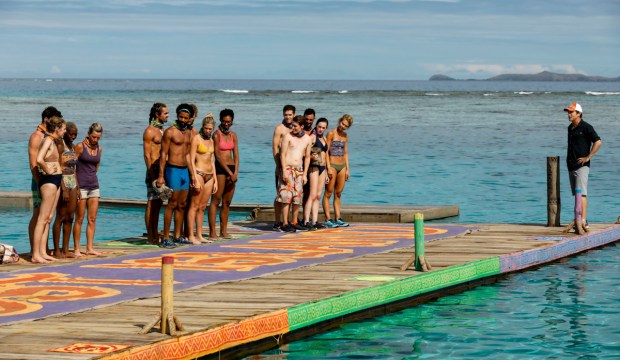 What strategy do you employ when predicting who will be named the winner of “Survivor: Ghost Island”? One clue some prognosticators use is the “winner’s edit,” the belief that producers of the long-running reality TV show typically provide the eventual winner a favorable, heroic and/or ever-present edit throughout the season. One easy way to narrow down which players have favorable edits is to decide which players don’t — consider Chelsea Townsend and Libby Vincek who have been narratively invisible for much of the season so far. It’d be hard to build an argument for either of them to be the beneficiaries of winner’s edits when we know so little about who they are as players and strategists.

Instead, look to the players that have had an abundance of confessionals, are edited into episodes they might otherwise not have an important role in and are shown narrating either their own strategy or the play of the game as a whole. These are the players who will have the best case at the end of the season to be the heroes (or the villains!) that we most remember and are best positioned to argue their way to the win in front of a jury. After six episodes, we think we have a fairly good sense of which players are this season’s winner’s edit choices. We’ve narrowed it down to four players, all with varying support from predictors in our combined odds for the upcoming Episode 7, “Gotta Risk It for the Biscuit.”

Agree or disagree with my observations? Let me know in the comments.

It’s been three weeks since our current odds frontrunner to win has attended a tribal council and yet editors have still found room for scenes showing Laurel’s strategy. In Episode 6 when Laurel was switched to the brand new Yanuya tribe we learned that she is not as a fan of Chris Noble and if given the chance hopes to use the original Manolo numbers advantage against him. That will require the vote of Donathan Hurley who has notably made a personal connection with Chris recently, but it stands to reason that with the original Manolo numbers quickly dwindling that Laurel can convince him and Jenna Bowman that it is in their best interest to knock off an original Naviti.

What’s key here about Laurel’s potential winner’s edit though is that we’ve gotten to see the foundations of a head-to-head between Laurel and Chris an episode, or possibly two, before it comes to pass. This sets up Laurel (or Chris, though I would argue he’s getting a cocky, set-up-to-fail story instead) with an edit that shows her long-term strategy-building, the kind of season-long narrative that would support an argument for her when sitting in front of a jury (and in front of the viewing audience) at a final tribal council.

SEE‘Survivor’ episode 7 elimination predictions: Bradley Kleihege or Libby Vincek will be sent home in ‘Gotta Risk it For the Biscuit’

Like Laurel, Kellyn has been given a surprising amount of screen time especially in situations where her line of thinking isn’t exactly imperative to tell the story of the episode. Most memorably, when Jeff Probst asked at the Episode 6 (“Fate is the Homie”) tribal council whether in the context of the game it’s better to play with your head or your heart, Kellyn answered that she plays with her gut, a mix of her head and her heart, prompting Jeff to admit that the players (specifically Kellyn in this case) can still teach him things about the game even after 36 seasons. Short clips like this can go a long way to setting up a particular player to be well-received by an audience, and serve as proof that Kellyn is always thinking about the game even when it might otherwise appear that she’s not.

Furthermore, Kellyn had a fairly emotional trip to ghost island in Episode 4 (“Trust Your Gut”) when she drew the white rock immediately after expressing that exile is her biggest fear in the game. Her exile to Ghost Island in that episode actually gave us the first glimpse of Kellyn’s reliance on her gut when she decided to not go for an advantage at the risk of losing her vote at tribal council, a decision that paid off when her tribe did attend council and her vote was necessary to make sure that Brendan Shapiro was eliminated in a 5-4 vote against her ally Bradley Kleihege.

Compared to Laurel and Kellyn, Michael’s game play has been mostly front and center out of necessity because he’s been to the most tribal councils out of everyone left in the game (five of six). In the last two he’s been in the minority alliance and in danger of being eliminated himself, but has managed to remain in the game by voting with the majority against his own allies, Stephanie Johnson and James Lim. In most circumstances, the fact that editors haven’t shown us the machinations of Michael coming to the decision of voting with the majority would be a red flag that he probably isn’t our winner, but what Michael’s edit has lacked in voting strategy it’s more than made up for in personal narrative.

One of the first bits of strategy we learned in the premiere episode (“Can You Reverse the Curse?”) was Michael’s lie about his age — a smart decision he made so that his opinion wouldn’t be disregarded by other players due to him only being 18 years old. Additionally, as a constant underdog on the wrong side of the numbers, Michael’s journey so far this season has been the closest to “heroic” that we’ll probably get.

SEE‘Survivor’ poll results: 54% of fans say the Ghost Island twist is ‘really lame’ — Do YOU agree?

If Michael’s edit is “heroic” then Domenick’s might actually be the closest we have to a “villain” arch of everyone. From the very beginning of the game Domenick has been at odds with Chris, a narrative that has spread to every player in the game due to the two tribe switches. In the latest episode a fair amount of time was spent showing the players of all the tribes express relief that finally Domenick and Chris weren’t on the same tribe and their attempts at voting each other out would no longer be the focal point of strategy. That being said, heroes aren’t always the winners of “Survivor,” and Domenick’s edit so far — looking for and finding idols quickly, for example — is reminiscent of winner Tony Vlachos and notorious two-time finalist Russel Hantz.

If we lack evidence that Domenick has been an integral part of any early-game strategy though it’s largely due to the fact that he’s only had to attend one tribal council yet, a stat bested by only one other player: Chris, who was exiled to Ghost Island and was safe from the vote in the same episode. And yet regardless of this, we’ve still been made award of how Domenick plans to use his idol and the legacy advantage given to him by Morgan Ricke, which could be a set up for a spectacular failure or Ben Driebergen-like advantage-aided success.