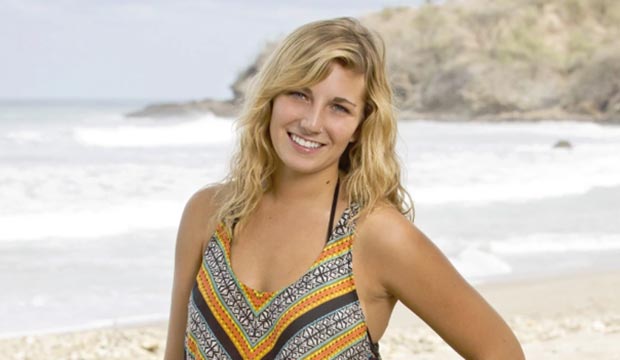 Hundreds of women have played the game of “Survivor,” but who are the most drop-dead gorgeous of all time? We’ve narrowed down the list to the Top 20 sexiest females ever, so click through our photo gallery above to see our complete rankings, worst to best. (For a quick tease, scroll down for #20 through #11.) As always, be sure to sound off down in the comments section to let us know whether you agree or disagree with our picks.

20. Jenn Brown (Worlds Apart) — Jenn is almost like too cool to actually make our list, but her laissez faire attitude to playing the game is what makes her so attractive in the first place.

19. Amber Brkich (Australian Outback, All-Stars) — Amber was the All-Stars champion that no one saw coming because of her stealthy play and ability to wrap one of the game’s most notorious men around her finger. Though not exactly a black widow, her cunning and competitive nature increase her allure.

SEEWhen is the ‘Survivor: David vs. Goliath’ finale? Here’s when the Season 37 winner will be crowned live on CBS

18. Courtney Yates (China, Heroes vs. Villains) — Courtney is by far the most intentionally hilarious villains the series has ever seen which makes her truly one of a kind. Her unique ability to bring levity to the nastier aspects of the social game qualifies her as one of the women we’re dying to spend every day with just for the inevitable and endless giggle fits.

17. Chrissy Hofbeck (Heroes vs. Hustlers vs. Healers) — Now hear me out here. Chrissy played an unapologetically aggressive strategic and physical game that got her all the way to the final tribal council after she began the game throwing up at the end of the first challenge. That kind of 360 turn around is hot enough, but when it comes from a super mo,? Whew, watch out!

16. Sugar Kiper (Gabon, Heroes vs. Villains) — I mean, there’s no way Sugar’s pin-up princess aesthetic isn’t sexy and it certainly doesn’t hurt that she also has the Betty Boop giggly personality to go with it.

15. Shii Ann Huang (Thailand, All-Stars) — Putting aside that she made one of the biggest flubs in Survivor history by openly assuming a merge was upon the game when it actually wasn’t, Shii Ann’s willingness to play the game hard and be a huge threat because of it is why we find her so intriguing.

14. Ami Cusack (Vanuatu, Micronesia) — Ami showed a lot of promise as a player when she spearheaded the all-women alliance on Vanuatu, but her failure then and again in Micronesia to live up to her potential doesn’t stop us from drooling over her dedication to the empowerment of other women.

13. TIE: Natalie and Nadiya Anderson (San Juan del Sur) — These ruthlessly competitive twins bookended the second season of the “blood vs. water” theme by being the first voted out and the sole survivor. They represent the cool girl that you love because she challenges your authority and demands that you respect her own.

12. Kat Edorsson (One World, Blood vs. Water) — Kat was never the best at playing Survivor, mostly because she wasn’t quiet enough about her plans to turn on her own allies. But that naivete is what makes her so attractive—it’s like when you see a baby bird struggling to pick up its food and you’re like “aww so cute!”

11. Andrea Boehlke (Redemption Island, Caramoan, Game Changers) — At first glance Andrea strikes you as the BFF type, a ride or die friend that will always give you a shoulder to cry on. But then you get to know her as a cutthroat player that while she probably would take a bullet for you, would also equally aim her bullet at you. That kind of dangerousness can drive you wild. Right?!