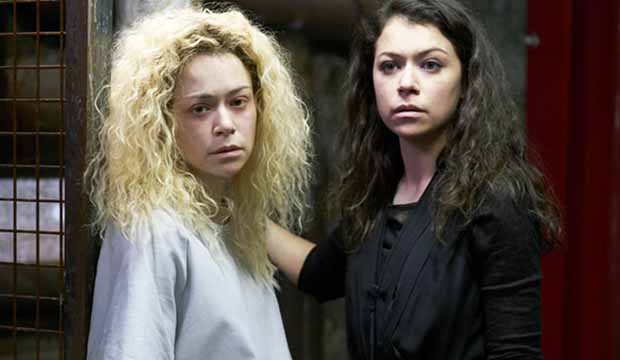 Gold Derby can exclusively reveal that Tatiana Maslany is entering the “Orphan Black” episode “To Right the Wrongs of Many” as her Emmy submission for Best Drama Actress. This installment aired August 12 and was the 10th episode of the fifth season for the BBC America show. It also served as the series finale for the sci-fi thriller.

In this segment, Maslany played Sarah Manning and her many clones one last time. Sarah and Art have a final stand against Neolution while Helena (also Maslany) is ready to deliver her baby with assistance from Sarah and Art. The audience sees the happy moments for each of the surviving clones in a fast forward ending.

Maslany won this category two years ago but was not eligible to defend her trophy last season with new episodes delayed. She was previously nominated in 2015, so this marks her third career bid. For the 2018 ceremony, she faces off against reigning champ Elisabeth Moss (“The Handmaid’s Tale”). Returning nominees in this leading category are Claire Foy (“The Crown”), Keri Russell (“The Americans”) and Evan Rachel Wood (“Westworld”). Sandra Oh (“Killing Eve”) has her first nomination in this category after five previous attempts in supporting.