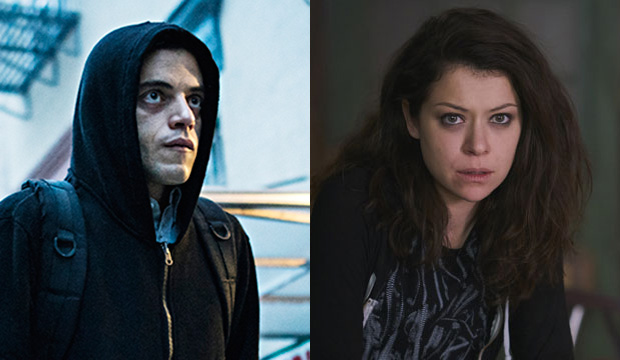 Much like Sarah Manning’s clones, our readers came out in droves to support Tatiana Maslany. In our recent poll asking which of 2016’s drama lead Emmy champs is most likely to return this year, 70 percent picked the “Orphan Black” star over Rami Malek (“Mr. Robot”).

Both stars didn’t have the chance to defend their crowns, but only Maslany’s was out of necessity. The fifth and final season of “Orphan Black” premiered after last year’s Emmy eligibility period, so her absence was less alarming. Maybe people would’ve voted for her if they could. She will have to bank on her passionate base of supporters to land her a third nomination as it will have been a year since “Orphan Black” left the air.

Malek’s omission was far more cause for concern. He was eligible, but the Emmys dropped him and the show from Best Drama Series after its second season. It’s not unheard of for former winners to be snubbed and then return — Julianna Margulies (“The Good Wife”) did it most recently and won — but Malek is less established and “Mr. Robot” is so serialized that it could easily be one of those one-and-done shows at the Emmys. Season 3 of “Mr. Robot” and Malek himself earned raves, but the buzz has died down on the show. The good news for him is that perennial nominees Bob Odenkirk (“Better Call Saul”) and Kevin Spacey (“House of Cards”) will be out. The bad news is that he has to deal with new contenders like Freddie Highmore (“The Good Doctor”) and Jason Bateman (“Ozark”).

Maslany is in eighth place in our Emmy odds, while Malek is in 11th place.