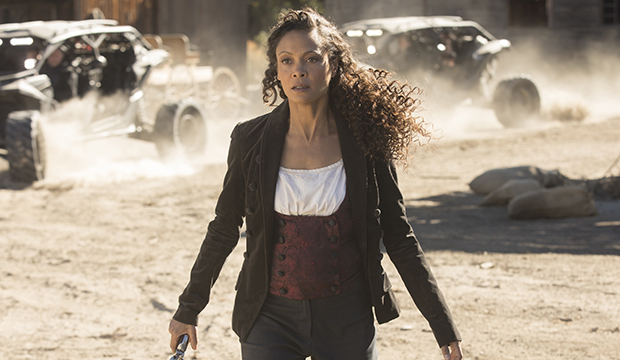 Fresh off her surprise Emmy victory, Thandie Newton (“Westworld”) is in second place in our odds to add the Best TV Supporting Actress Golden Globe to her collection. If she does take home the award, Newton would be just the second black actress to win the category since the very first one almost half a century ago.

“Mannix” star Gail Fisher was the inaugural champ in 1971, back when the category was just called Best Supporting Actress — Television Series, before it became the catch-all Best Supporting Actress — Series, Miniseries or Television Film in 1981. Fisher also won a Globe in drama lead in 1973 and an Emmy in drama supporting in 1970 for “Mannix,” becoming the first black actress to win those categories as well.

Since Fisher’s win and two subsequent nominations in supporting, seven black actresses have contended for the award, including Newton in 2017 for the first season of “Westworld.” Five of them — Marla Gibbs (“The Jeffersons,” 1985), Jackee (“227,” 1989), Della Reese (“Touched by an Angel,” 1998), Gloria Reuben (“ER,” 1998) and Regina King (“American Crime,” 2016) — were only nominated once; Uzo Aduba (“Orange Is the New Black”) got two nominations in 2015 and ’16. That would make Newton just the third black nominee with multiple nominations if she gets in.

Newton could mirror Fisher’s Emmy-Globe double, since the latter picked up her Emmy months before her Globe triumph. However, Aduba was also on that track, when she won her Best Drama Supporting Actress Emmy in 2015 but ended up losing the supporting Globe to “The Affair” star Maura Tierney (the previous year, Aduba won the Best Comedy Guest Actress Emmy and lost the supporting Globe to “Downton Abbey”‘s Joanne Froggatt).

But Newton has some factors beyond her performance as Maeve that could help push her over the line: She’s British — very appealing to the Hollywood Foreign Press Association — and a movie star whom the Globes has yet to recognize.

Newton is trailing another Emmy champ in our predictions, Alex Borstein (“The Marvelous Mrs. Maisel”), and is ahead of Patricia Clarkson (“Sharp Objects”), Penelope Cruz (“The Assassination of Gianni Versace: American Crime Story”) and Yvonne Strahovski (“The Handmaid’s Tale”).