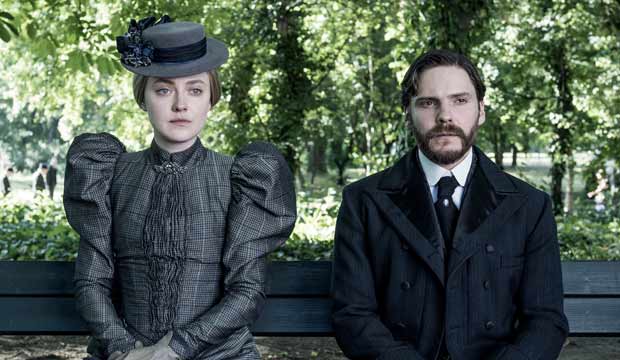 The 10-episode mystery series “The Alienist” concludes on March 26. Will it be remembered by the Emmys when the TV academy votes this summer? Our readers hope so. More than half of the respondents in our recent poll (53%) think the TNT limited series deserves to win across the board. Do you agree? Scroll down to the bottom of this post for our complete poll results.

“The Alienist” is based on the 1994 novel by Caleb Carr and follows the title character, Dr. Laszlo Kreizler (Daniel Bruhl), a psychologist in late-19th century New York City pioneering the field of criminal profiling. Along with an NYPD secretary (Dakota Fanning) and a newspaper illustrator (Luke Evans), he investigates a serial killer targeting poor street children. The series’s executive producers include Emmy winner Cary Joji Fukunaga (“True Detective“), Oscar winner Eric Roth (“Forrest Gump”) and Oscar nominees Hossein Amini (“The Wings of the Dove”) and E. Max Frye (“Foxcatcher”), so it certainly boasts a strong enough awards pedigree to get on voters’ radar.

If it wins Best Limited Series it would be only the second TNT program to do so, following the biblical epic “Joseph” (1995). And it would be the first to be nominated since the 6-part multi-generational western “Into the West” (2006). But the basic cable network has contended seven times overall in the category, and “The Alienist” could appeal to many of the same voters who have singled out other gritty crime dramas like “The Night Of,” “Boardwalk Empire” and the aforementioned “True Detective” in recent years.

What do you think? Check out our poll results below, and make your Emmy predictions right here. 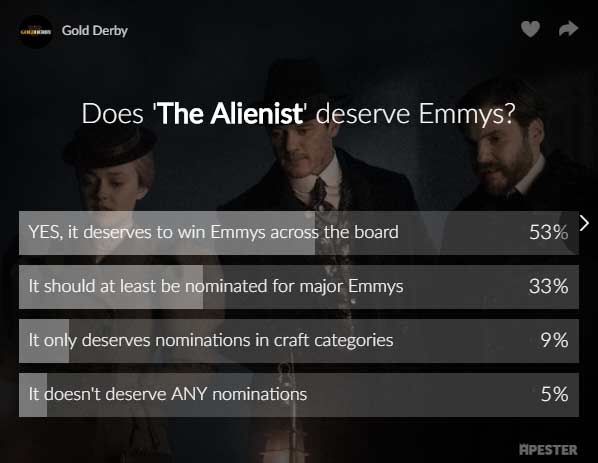