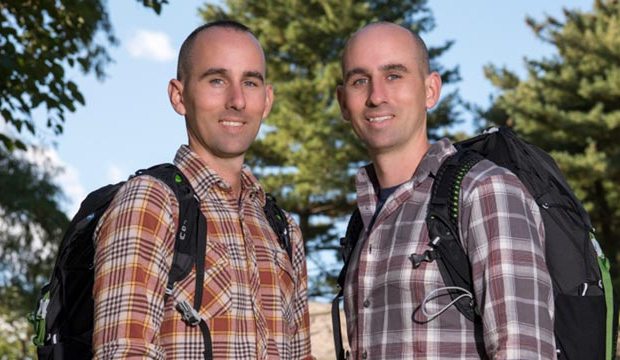 The landmark 30th season of “The Amazing Race” continues heating up CBS, with Instagram models Dessie Mitcheson and Kayla Fitzgerald and yoga instructors Sarah Williams and April Gould being eliminated in the first two hours. The third episode aired Wednesday, January 17 and began in Antwerp, Belgium, where the remaining teams then traveled to Tangier, Morocco. Which team arrived at the mat first and who (if anyone) did Phil Keoghan eliminate in ninth place?

Below, check out our minute-by-minute “The Amazing Race” recap of Season 30, Episode 3, titled “It’s Gonna Be a Fragrant Day,” to find out what happened Wednesday night. Then be sure to sound off in the comments section about your favorite and least favorite teams and who you think can go the distance to win the million dollar prize. Keep refreshing/reloading this page as we’ll be updating live.

8:12 p.m. – Cody and Jessica were the first to finish the last leg of the race and will be the first team to depart to their next destination, Morocco! Once they landed the former marine impressed his lady when he spoke the local language to the cab driver. But as they gave each other loving glances other teams passed them by. Eventually multiple teams reached their first challenge where they would be tasked with collecting raw fish and stacking them properly before transporting them to the proper destination.

8:25 p.m. – The teams had difficulty sorting the slimy fish properly, but Cody and Jessica were the first to complete the task. It was then a sprint to find a mysterious messenger who would hand them their next clue and introduce them to the Travelocity Gnome they would have to carry with them for the duration of this leg.

8:30 p.m. – At the Road Block, Jessica was disappointed to learn that the gnome would be zip-lining across the city, but she would not be. Instead, the competitors had to run back down to the streets and figure out where the gnome had landed. But the Road Block was not over! They had to take the gnome to a second zip line that seemed impossible to find. Cedric was the first to find the second zip line and Team Slam Dunk took an early lead.

8:40 p.m. – Once on the streets, Cedric had the advantage of seeing the gnomes from other teams flying across the sky, helping him navigate. After finding the gnome for a second time, teams had to find a telephone booth to receive a secret message before running back to their partners to receive their next clue. At this point, Cedric is completely lost and multiple teams have passed him by. Once everyone began racing back to their partners, it was Evan who finished first, giving Team Yale the lead.

8:50 p.m. – Jessica noticed that Brittany from Team Ocean Rescue had left her gnome at the telephone booth, but refused to tell her in hopes it would slow their team down. Meanwhile, on the Detour, teams had to choose between hauling bundles of fruit through the difficult to navigate streets or displaying their skills in a belly dancing cafe. After a disastrous leg last week, Team Yale were the first to finish the Detour and begin racing toward the Pit Stop!

8:59 p.m. – Henry and Evan (Team Yale) were the winners of this leg of the race! Next were Alex and Conor (Team IndyCar), Kristi and Jen (Team Extreme), Trevor and Chris (Team Well Strung), Cody and Jessica (Team Big Brother), Joey and Tim (Team Chomp), Eric and Daniel (The Firefighters) and Lucas and Brittany (Team Ocean Rescue). After leading at one point, Cedric and Shawn (Team Slam Dunk) were the last to finish this leg, however, they were not eliminated! At some point in the next leg of the race, Team Slam Dunk will have to perform a Speed Bump.

Here are the answers to Gold Derby’s contest questions for “The Amazing Race” Season 30, Episode 3:

Which team will win this leg? Henry and Evan (Team Yale)

Which team will be eliminated? None