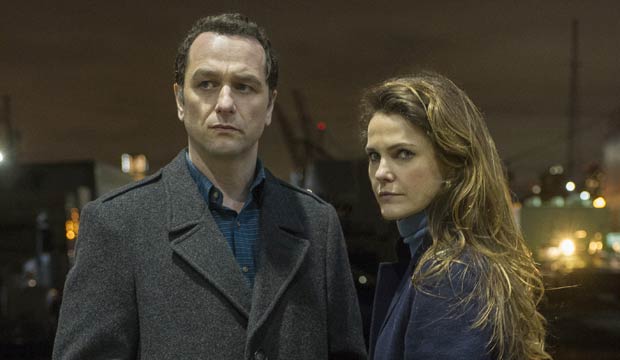 Acclaimed FX spy drama “The Americans” will be given a fitting farewell at the Emmys this year, without the need for any collusion or Russian meddling in the voting process.

Although “The Americans” was a slow-burn at the Emmys to begin with, managing a total of five nominations over its first three seasons (including a guest acting win for Margo Martindale in 2015), it finally broke through in a big way 2016 with five bids, including for Best Drama Series, Best Drama Actor (Matthew Rhys), Best Drama Actress (Keri Russell) and a second consecutive win for Martindale. Last year, although it missed the cut in Best Drama Series, it racked up four big nominations, including for both leads, writing and Alison Wright taking Martindale’s place in Best Drama Guest Actress.

According to our combined odds, “The Americans” is currently sitting in seventh place with 10/1 odds in Best Drama Series, which bodes well for it to return to the drama lineup. It helps that two series nominated last year are out of contention (“House of Cards” and “Better Call Saul”). But also in the show’s favor is that the Emmys can be sentimental when it comes to swansong seasons of drama series already on its radar. Over the last seven years, the TV academy gave these farewell hugs:

SEE‘The Americans’ finale reactions: Fans were ‘in awe’ and think the show deserves ‘Emmys all around!’ [POLL RESULTS]

This year look for leads Rhys and Russell to return for a final shot for their work on the show. A potential spoiler in the wide open Best Drama Supporting race could be the overdue Noah Emmerich, who shines in the series finale as the ultimately defeated Agent Stan Beeman. Three-time Emmy winner Martindale is submitted in the Best Drama Supporting Actress category again this year, after being nominated four consecutive times (and winning in 2015 and 2016). She didn’t make the cut last year in the more competitive supporting field, but is a very good chance to return to the Emmys after having much more to do this final season. Also a possibility is fellow supporting player Holly Taylor, fantastic in the series finale as daughter Paige, who’s torn between her secret agent parents and her desire to stay in America with her younger brother, played by Keidrich Sellati.

Elsewhere on the ballot, a fourth consecutive writing bid for show co-creators Joel Fields and Joe Weisberg series finale “SMART” is almost guaranteed, as “The Americans” has been nominated in Best Drama Writing for the last three years. A possible first win in that category is also a real possibility. The show might also break into the directing category for the first time, with two submissions in contention; Chris Long‘s helming of the series finale and “The Great Patriotic War,” the fifth episode of the show’s final season (directed by Emmy vet Thomas Schlamme). Прощай, американцы!