Yorgos Lanthimos is the director behind the strange, uneasy films “Dogtooth” (2010), “The Lobster” (2016) and “The Killing of a Sacred Deer” (2017), so you might not expect a filmmaker like him to take the reins of a historical reign. But he has helmed “The Favourite” which explores Queen Anne‘s life and relationships in the early 18th century. And from the looks of the new trailer from Fox Searchlight it may be as idiosyncratic as Lanthimos’s prior films. Watch it above.

Olivia Colman appeared in “The Lobster” as the imperious Hotel Manager, and she reunites with Lanthimos to play Queen Anne, who develops a close friendship with Lady Sarah (Rachel Weisz, who also co-starred in “The Lobster”). But Sarah’s position is threatened upon the arrival of her cousin Abigail (Emma Stone), of whom the queen is also fond.

Colman hasn’t been nominated for an Oscar yet, but it may only be a matter of time. Her star is on the rise thanks to her work in both TV and film. She earned an Emmy nomination and won a Golden Globe for her supporting role in the miniseries “The Night Manager,” and she will soon assume the starring role in Netflix’s “The Crown” as another British royal, Queen Elizabeth II.

Lanthimos’s “Dogtooth” earned an Oscar nomination for Best Foreign Language Film, and then he himself picked up a bid for Best Original Screenplay with co-writer Efthymis Filippou for “The Lobster.” But this could bring him into the Best Director race for the first time, and perhaps even Best Picture given the enthusiastic reception the film received when it premiered at the Venice Film Festival on August 30. It also screened at Telluride and will play the New York Film Festival in September in advance of its November 23 release date.

Check out the new poster below, and let us know if you think “The Favourite” will be an Oscar contender. 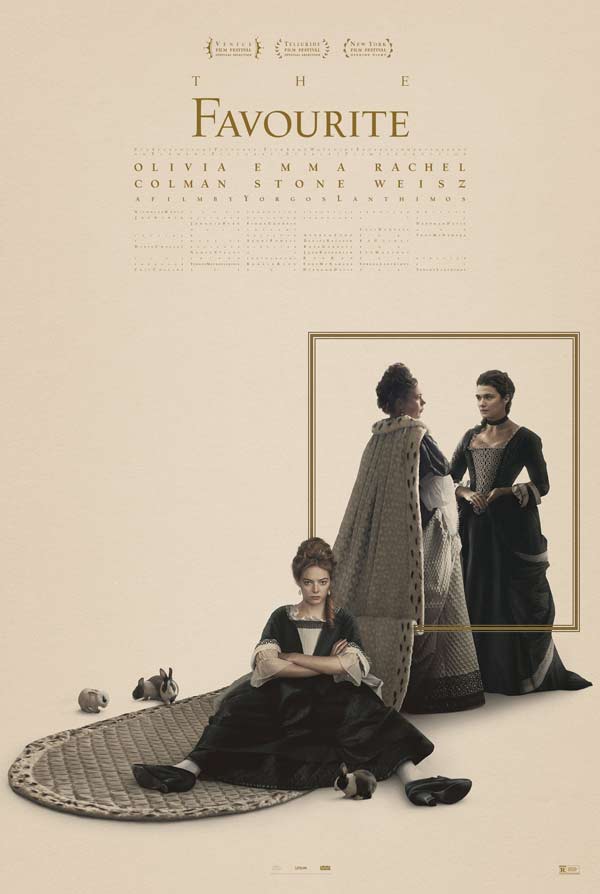