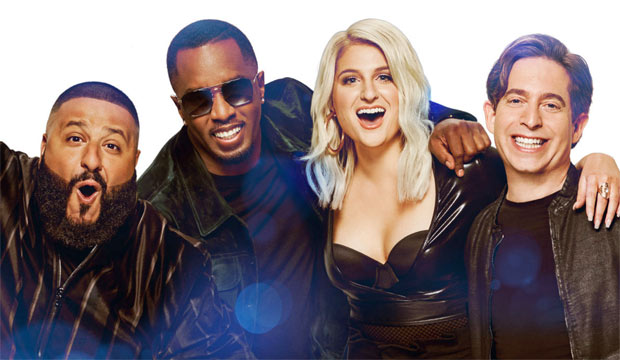 After the first four episodes of “The Four,” it is time to judge the four judges: musicians Sean Combs, DJ Khaled and Meghan Trainor and record executive Charlie Walk. Which of this quartet is hitting the wrong notes most consistently in your opinion? Vote in our poll below and then sound off in the comments section about this new reality competition series hosted by Fergie.

While Walk has said no to 9 of the 23 challenge acts, the other three have only nixed 6 each. Do you think that Walk has been too tough? Remember, he does have an ear for talent. His day job is president of the Republic Group, the record label that will be putting out the album of the ultimate winner of “The Four.”

Before hitting the airwaves, Comb was the head of artist development at Uptown Records, where he fostered the talents of the likes of Mary J. Blige and Jodeci. He left there to launch his own label, Bad Boy Records, and record his own music.

Khaled is also a multi-hyphenate, working as producer, composer, arranger and singer. Among those talents with whom he has collaborated are Drake, John Legend, Ludacris, Nicki Minaj and Lil Wayne.

Trainor is the relative newcomer among the bunch. She has parlayed her smash hit 2014 “All About That Bass” into a Grammy-winning career that has already seen her top the singles charts six more times.