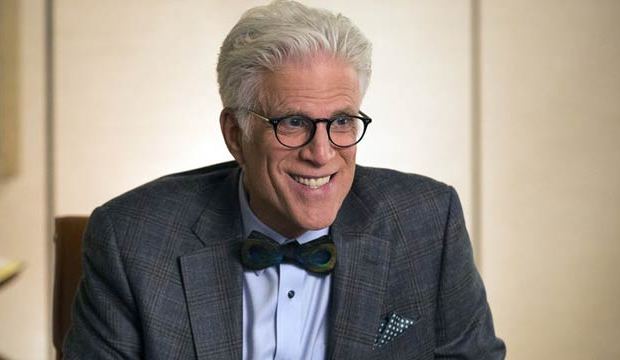 Unless we’re living in a timeline that’s about to be rebooted, “The Good Place” is now officially an award-winning TV show. Thursday night, the Critics’ Choice Awards named Ted Danson TV’s Best Comedy Actor, beating out such high-profile competitors as Anthony Anderson (“Black-ish”), Aziz Ansari (“Master of None”), Hank Azaria (“Brockmire”), Thomas Middleditch (“Silicon Valley”) and Randall Park (“Fresh Off the Boat”). The victory came after many high-profile snubs for “The Good Place” at awards shows like the Golden Globes, SAG Awards and last year’s Emmys, which begs the question: Can Danson now ride this trolley all the way to the 2018 Emmys?

Just last month the American Film Institute listed “The Good Place” as one of their Top 10 Best TV Shows of 2017, alongside other high-profile programs like “The Handmaid’s Tale,” “Big Little Lies,” “The Crown,” “Game of Thrones,” “Stranger Things,” “This Is Us,” “Insecure,” “Master of None” and “Feud: Bette and Joan.” But Danson’s victory as Michael, a demon who wants to be human, was the first competitive triumph for NBC’s cerebral comedy about life after death.

Danson is a prior two-time Emmy champ for “Cheers” (1990 and 1993) who was last nominated for his villainous role on “Damages” (2008-2010). When we spoke with Danson last year, the TV legend beamed when discussing “The Good Place.” “It’s funny but it’s about something at the same time, with many twists and turns,” he told Chris Beachum. “It really is about what it means to be good or bad. Everything we do in life has a ripple effect that creates a certain amount of good or bad out in the universe.”

“The Good Place” leading lady Kristen Bell, who portrays deceased human Eleanor Shellstrop, was also nominated at Thursday’s Critics’ Choice Awards; she lost to Rachel Brosnahan (“The Marvelous Mrs. Maisel”). The show also stars William Jackson Harper as Chidi Anagonye, Jameela Jamil as Tahani Al-Jamil, D’Arcy Carden as Janet and Manny Jacinto as Jason Mendoza — all of whom Danson thanked in his Critics’ Choice acceptance speech. Bell will next be seen as host of the SAG Awards, which air January 21 on TNT and TBS.