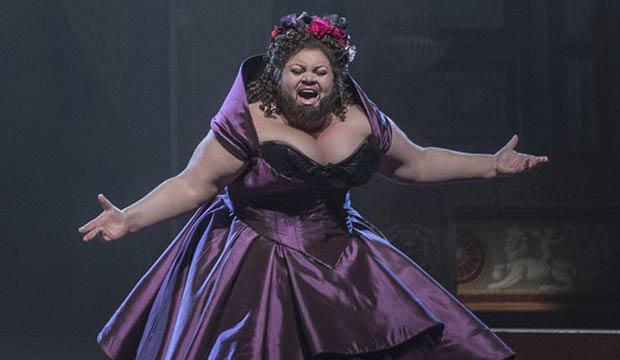 “The Greatest Showman” just won a Golden Globe for its original song “This is Me,” written by Benj Pasek and Justin Paul and performed by Keala Settle. Will the song win Oscar next? Academy voting is underway now, and if the Globe win wasn’t enough to get voters’ attention the movie is also making an impact on the Billboard charts.

The soundtrack for the big-screen musical about circus-founder P.T. Barnum reached number-one on the Billboard 200 chart with 106,000 equivalent album units. Those units are calculated by combining traditional album sales, individual track sales, and online streams. This is actually the third time Pasek and Paul’s songs have shown up on the charts. Previously the soundtracks for their Oscar winning “La La Land” and Tony winning “Dear Evan Hansen” reached the top-10, but this is their first chart-topper.

But that’s not all. Four songs from the film have also entered this week on the Hot 100 singles chart. “This is Me” charted highest at number-83, followed by “Rewrite the Stars” by Zac Efron and Zendaya (number-85), “Never Enough” by Loren Allred (number-88), and “The Greatest Show” by Hugh Jackman along with Settle, Efron, Zendaya, and the film’s ensemble (number-95).

As of this writing “This is Me” ranks third in our Oscar predictions for Best Song with 11/2 odds. Currently 21 of the Expert film journalists we’ve polled are forecasting a win for the tune, with two of them, Erik Davis (Fandango) and Keith Simanton (IMDb), predicting it to win. Pasek and Paul won last year for “City of Stars” from “La La Land,” but they will have to overtake another pair of past winners: Robert Lopez and Kristen Anderson-Lopez, who previously claimed this prize for “Let it Go” from “Frozen” and currently lead our predictions with “Remember Me” from “Coco” (15/8 odds).