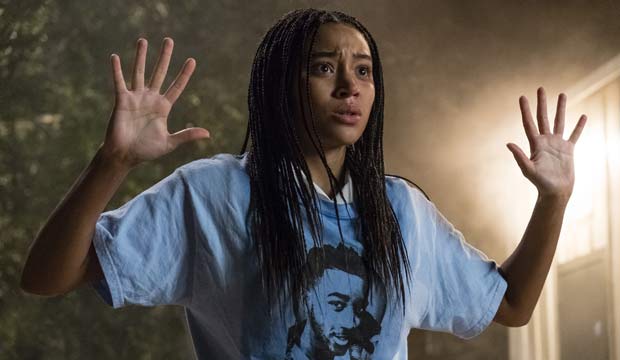 A racial melodrama joined a harrowing sexual assault victim pic and, ironically, a doc about Roger Ailes to win top awards at the 26th Annual Hamptons International Film Festival. “All Good (Alles ist Gut)” from first-time East Berlin director Eva Trobisch was named the Best Narrative Feature. “Divide and Conquer: The Story of Roger Ailes” directed by Alexis Bloom nabbed Best Documentary Feature. And in something of a surprise, “The Hate U Give” from director George Tillman Jr. wooed East Enders into giving it the Audience Award. It beat out top Oscar contenders “First Man,” “Roma,” “Green Book” and “The Favourite.”

“There’s always some things that surprise me about films that do well and films that don’t do well, but overall people seemed to embrace all the films this year,” Fest Artistic Director David Nugent told Gold Derby. “We’re happy that 9 of the 10 last years we’ve screened the film that went on to win Best Picture [at the Oscars]. And last year we had a record 47 Oscars noms from films that screened in the festival.”

Audiences also gave “The Biggest Little Farm” best doc and “One Small Step” best short. “Hate” may have been helped over the weekend-long fest by the presence of charming 19-year-old star Amandla Stenberg, on hand as one of Variety’s 2018 Breakthrough Stars.

The 2018 Brizzolara Family Foundation Award for a Film of Conflict and Resolution
AND BREATHE NORMALLY, directed by Ísold Uggadóttir

Suffolk County Film Commission Next Exposure Grant
ONLY THE WIND IS LISTENING, directed by Emily Anderson

The Zelda Penzel “Giving Voice to the Voiceless” Award: Dedicated to Those Who Suffer in Silence
THE CAT RESCUERS, directed by Rob Fruchtman and Steven Lawrence

Victor Rabinowitz and Joanne Grant Award for Social Justice
THE SILENCE OF OTHERS, directed by Almudena Carracedo and Robert Bahar