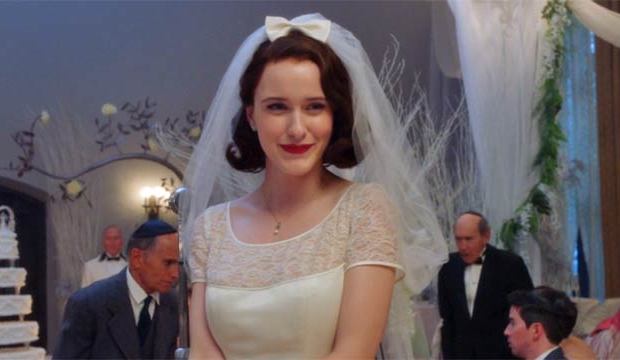 One-hour comedy? No problem! That’s what 41 percent of our readers believe when asked if “The Marvelous Mrs. Maisel”’s one-hour episodic runtime will hurt its Best Comedy Series Emmy chances. The Amazon series is seeking to be just the second hour-long Best Comedy Series winner after “Ally McBeal” snagged the prize in 1999.

Unfortunately for “Ally McBeal,” it was never nominated again and only four hour-long shows since have been nominated for the top honor: “Desperate Housewives” (2005), “Ugly Betty” (2007), “Glee” (2010, 2011) and “Orange Is the New Black” (2014). It’s Emmy voters’ predilection for traditional half-hour comedies that has 24 percent of our readers thinking that “Mrs. Maisel”’s length will be its downfall.. After all, following the “Orange” placement controversy in 2014, the TV academy ruled that 30-minute shows will automatically be comedies and 60-minute shows will automatically be dramas unless a petition is filed (“Mrs. Maisel” did that and was approved).

SEE ‘The Marvelous Mrs. Maisel’ will sneak by ‘Atlanta’ to give streaming its first Best Comedy Series win, readers say

Meanwhile, 35 percent of our readers feel it all depends on how the series does on nomination day. “Mrs. Maisel” has had a great precursor run with wins at the Golden Globes, Critics’ Choice and Producer Guild Awards, but the TV academy could respond differently.

“Mrs. Maisel” is still sitting in second place in our Emmy odds behind “Atlanta.” Four Experts, five Editors and eight of our Top 24 Users are calling it for the win, which would also make it the first streaming series to win Best Comedy Series.