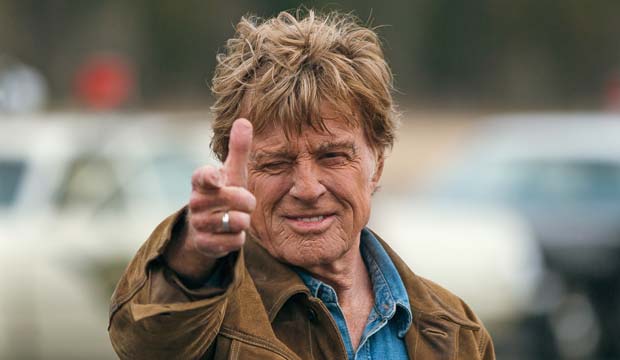 Robert Redford could well win an Oscar for his final role on film in “The Old Man and the Gun,” which recently charmed audiences at the London Film Festival. Writer/director David Lowery tells a merry little story that moves along at a neat pace with an entirely relaxed approach that extends to the performances. Here’s the official synopsis of the Fox Searchlight Pictures movie: Based on the true story of Forrest Tucker and his audacious escape from San Quentin at the age of 70 to an unprecedented string of heists that confounded authorities and enchanted the public.

In Redford’s swansong, his charm, charisma and likeability are used to full effect. This screen legend has only reaped one Oscar bid for acting: he lost in 1974 for his performance in the Best Picture champ “The Sting” to Jack Lemmon (“Save the Tiger”). He did win an Academy Award for directing the 1981 Best Picture “Ordinary People.”

Five years ago, we thought Redford was a shoo-in at the Oscars for his solo turn in “All is Lost.” While he reaped a Golden Globe bid, he was snubbed by the acting branch of the academy. Perhaps this time, with a much easier film to watch and love, and with that swansong narrative going for him, Redford could snag that elusive Oscar nomination.

Redford is well-matched in this movie with two Oscar winners. Sissy Spacek is at the heart of the story as his love interest. These screen vets have a very easy chemistry and their scenes play like a tennis match with lines of dialogue going back and forth between one another. Spacek has been nominated for Best Actress six times, winning on her second bid for “Coal Miner’s Daughter” in 1981, the same year of “Ordinary People.” Her last nomination was back in 2002 (for “In the Bedroom”) and she could well contend for the first time in supporting if Oscar voters are feeling sentimental.

Casey Affleck won the Best Actor Oscar two years ago for “Manchester by the Sea.” His only other film since then was “A Ghost Story,” a small-scale character study that was also written and directed by Lowery. Here as the cop in fruitless pursuit of Tucker, he demonstrates his comedic chops. Affleck goes head-to-head with Redford in a scene that had the whole cinema laughing.

As of this writing “Old Man” has a MetaCritic score of 81 and an 89% freshness rating on Rotten Tomatoes. The Tomatometer critical consensus calls it “a well-told story brought to life by a beautifully matched cast” and a “pure, easygoing entertainment for film fans — and a fitting farewell to a legend.”

Sydney Pollack movies: All 20 films as a director, ranked worst to best, including 'Tootsie,' 'Out of…

William Goldman, Oscar-winning screenwriter who put words in the mouths of Butch Cassidy and the…

'The Old Man and the Gun' reviews: Is this a 'stellar finale' for Robert Redford, who is retiring from…