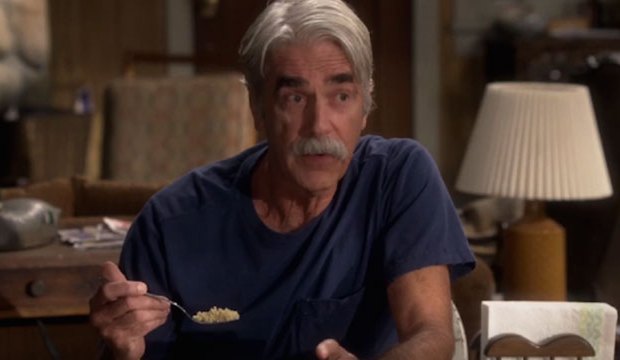 “The Ranch,” which returned to Netflix on June 15 for season 3, marks a reunion for Ashton Kutcher with two of the writers from his time on “Two and a Half Men.” The Emmy nominated Don Reo and Jim Patterson created this heartfelt series that stars Kutcher as Colt Bennett, a semi-pro football player who returns to Colorado to help his father Beau (Sam Elliott) run the family ranch. Two-time Oscar nominee Debra Winger plays Maggie, the estranged wife of Beau who runs a local watering hole while “24” and “Happy Endings” alum Elisha Cuthbert is Abby, an exy who reconnects with Colt.

Reviews have been consistently strong for Elliott. This veteran actor is enjoying a career renaissance as of late. His arc on the final season of “Justified” netted him a Critics’ Choice award while his single scene in “Grandma” earned him a nomination from the Chicago film critics.

While “The Ranch” is shot in the style of a traditional three-camera comedy, it benefits from a flexible running time for each episode as Netflix is not constrained by time slots. Likewise, there are no restrictions on the language and content, allowing for a refreshingly adult approach. Elliott delivers in both the serious scenes and the many laugh-out-loud moments.

He began his career with a small role in “Butch Cassidy and the Sundance Kid” and has carved out a niche as a cowboy/cowhand ever since. Indeed, Elliott reaped his only Emmy nomination for acting to date for his portrayal of gunslinger “Wild” Bill Hickok in the 1995 miniseries “Buffalo Girls”; he lost to Donald Sutherland (“Citizen X”).