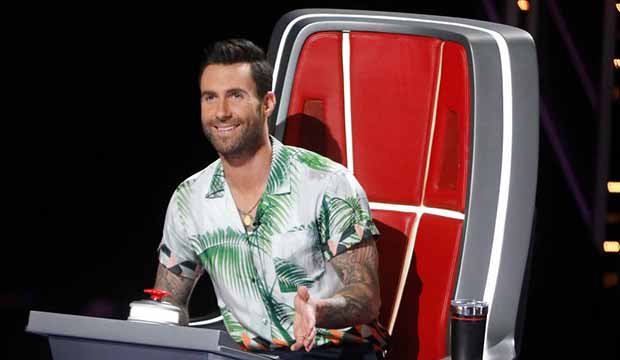 Although Adam Levine has been a coach on the “The Voice” since it started in 2011, he has won only three of the previous 13 seasons (his long-time rival, Blake Shelton has mentored six champs). And, according to our readers, a fourth win is likely to elude Levine in the current season 14.

They think that he has a far weaker team than Shelton, returning coach Alicia Keys and rookie Kelly Clarkson heading into the live round, which kicks off on April 16. Levine’s six artists earned only a combined 10 chair turns during the blind auditions. Compare that to the rosters of the other coaches: Keys (17 turns), Shelton (15 turns) and Clarkson (11 turns).

We have compiled a power ranking of the contestants now on Team Adam Levine. These would-be winners are listed from best to worst based on: their reception in the knockouts, battles and blind auditions; the resulting sales of their tracks on iTunes; and the votes of viewers like you.

Take a look at detailed bios of each of them in the photo gallery above and then read a the recap of each of the songs that got them to this stage of the competition below. If you haven’t voted in our poll yet, be sure to do so at the bottom of this post and then sound off in the comments section about both Levine and his team. (Vote in the polls on Team Kelly Clarkson, Team Alicia Keys and Team Blake Shelton.

Knockout 1 (won against Jackie Foster)
Song: “Wade in the Water”

Battle 3 (won against Genesis Diaz)
Song: “Because of You” by Kelly Clarkson

Battle 3 (won against Miya Bass; she was stolen by Alicia Keys)
Song: “Knockin’ on Heaven’s Door” by Bob Dylan

Knockout 3 (won against Gary Edwards; he was stolen by Blake Shelton)
Song: “Fallin'” by Alicia Keys

Battle 1 (won against Tish Haynes Keys; she was stolen by Kelly Clarkson)
Song: “Sweet Thing” by Rufus with Chaka Khan)

Battle 2 (won against Davison)
Song: “Love on the Brain” by Rihanna

Knockout 3
Song: “All I Could Do Was Cry” by Etta James

Knockout 1 (won against Drew Cole, who was saved by Levine)
Song: “American Honey” by Lady Antebellum

Battle 4 (won against Stephanie Skipper)
Song: “These Dreams” by Heart