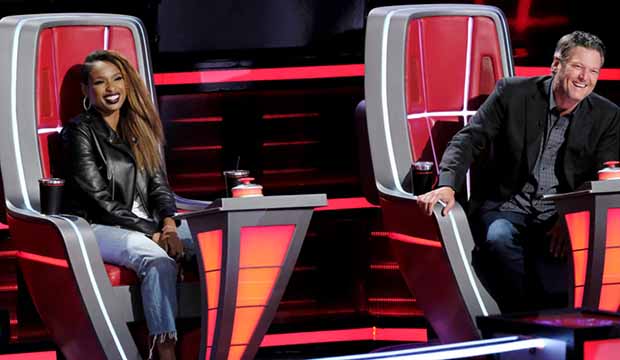 Battle rounds continue for Season 15 of “The Voice” on Monday for Night 3. Not too many contestants were eliminated in the first two nights last week, which brings up a major question: why are the coaches using up all of their steals so soon? Each coach only has two steals during this round, and some of them certainly seemed a waste at such an early stage.

Reigning coaching winner Kelly Clarkson has returned for her second season this autumn. She is a past “American Idol” champ, the reality TV show which also introduced its fans to Jennifer Hudson, later on. She is also back for a second time, although she skipped last spring’s competition. The other two coaches have been with “The Voice” since the very beginning: six-time coaching winner Blake Shelton and three-time champ Adam Levine?

As we’ve done for several seasons, we’ve got extensive coverage of every episode of the Emmy-winning program on NBC. Follow along with our live updating blog below and make your own comments about the best and worst performances, plus those all-important steals.

As the Battle rounds continue, each coach has a special advisor assisting with musical advice and song selections. Those people this season are CeeLo Green for Team Adam, Thomas Rhett for Team Kelly, Halsey for Team Jennifer and Keith Urban for Team Blake.

And now enjoy our live updating recap for Monday, October 22 below:

8:01 p.m. – We began tonight’s show with two of Blake’s artists: Keith Paluso, the artist Blake blocked Adam from fighting for, and Dave Fenley, one of the many country artists that joined Blake instead of their options to choose another coach. Blake gave them the George Jones track “I’m a One Woman Man” with the idea that it fit both of them perfectly and that ultimately he only needed to keep one rugged voice on his team.

8:10 p.m. – In the battle the guys harmonized, but also showcased the many different textures of their voices by ping ponging lines throughout the song. Jennifer noted that the performance felt like a journey of their tricks and Kelly called it a “raw and organic” show. Their coach Blake appreciated that they changed the song from what the original sounds like, but decided to keep Dave on his team because he sees his voice as one that takes over the room.

8:16 p.m. – Not stopped by a block this time Adam was given the chance to bring Keith to his team and so hit his steal button for the first time this season, finally acquiring an artist he wanted in the blinds.

8:22 p.m. – For Adam’s first battle of the night he’s paired Emily Hough and Reagan Strange based on their similar youth. During rehearsal to their song, Ed Sheeran‘s “Photograph,” Cee-Lo was inspired by Emily’s ability to convey emotion and Reagan’s sense of natural perfection because of her even younger age.

8:32 p.m. – Though neither artist seemed completely comfortable on stage, they each delivered solid vocals with Emily residing in her high voice most of the time and Reagan staying in the lower register. By the end I felt like Reagan’s confidence had grown to a point where she was the more passionate performer between the two. The panel of coaches was complimentary across the board, but Kelly was the only one to step out and put a stronger word in for Emily. Adam heard the urgency in Emily’s voice, but also liked the honesty in Reagan’s performance and so he chose to keep her around for the knockouts.

8:43 p.m. – Jennifer brought soul artists Franc West and Matt Johnson together to battle through “Too Close” by Alex Clare for her first pairing of the night. Halsey found Matt to be very soulful compared to Franc who she said has a more powerhouse type of voice. She warned both of them that they were including too many runs in their performance and that it could potentially alienate the audience.

8:52 p.m. – As promised by the song choice, the battle proved that both guys have the ability to take their soul foundation and interpret it in ways beyond that. The performance had an expected rock feel, allowing them to show off the grittier aspects of their voices. In critiques, Kelly preferred the roundness of Matt’s voice and Adam followed suit. Blake, however, was more surprised by Franc and advised Jennifer to choose him. In Jennifer’s opinion her decision had to “be about the voice” and so she went with Franc!

9:03 p.m. – Abby Cates and Delaney Silvernell were the first battle for Team Kelly tonight, singing Ellie Goulding‘s “Love Me Like You Do,” a song Kelly loves so much she wishes she had written it! During rehearsal Thomas felt like the two girls were on an even playing field with their talent, but stressed to them that they maintain the sense of fun when they perform on battle night.

9:10 p.m. – During their performance, Delaney came across as the more mature artist, but Abby showed a vulnerability in her voice that played really well against her on stage style, especially compared to Delaney’s composure. Adam qualified that the song itself is a hard one to perform live, but acknowledged that they both handled it respectably and along with Jennifer refused to pick one over the other. Ultimately Kelly decided that the artist to remain on her team would be Abby! And though he hadn’t voiced a preference for either artist, when Kelly let Delaney go he immediately knew that he wanted to use his second steal on her!

9:16 p.m. – In other match ups that we didn’t get to see in full: Adam kept Radha over Fousheé in their performance of “Growing Pains,” Kelly picked Chevel Shepherd over Mikele Buck after their performance to “You Look So Good in Love,” and Jennifer kept MaKenzie Thomas over Audri Bartholomew based on “Always Be My Baby.”

9:21 p.m. – Adam’s next pairing was between his last minute chair turn Jake Wells and single mom rocker Natalie Brady. Adam told the pairs that he matched them up because they both have power that they might not realize they shared. Their challenge to them was to take Semisonic‘s “Closing Time” and make it a song that they both could excel at without competing with their different approaches as artists.

9:31 p.m. – In the battle Natalie was able to maintain her pure rock voice in a way that harmonized well with Jake’s softer tone, but when she carried the song higher he stayed right there with her. Their differences made for a really inspired pairing by Adam and created one of the most unique battles I’ve ever seen on the show. Blake thought Adam should choose Natalie over Jake, but Jennifer and Kelly had a tougher time deciding which should remain on Adam’s team. Loving both artist made his decision hard, but he looked to future potential in order to pick Jake over Natalie.

9:41 p.m. – The last pairing of the night was for Team Jennifer: Tyshawn Colquitt vs. Zaxai with their take on the Khalid and Normani contemporary R&B duet “Love Lies.” Jennifer gave them that song because she wanted to get them out of their comfort zone, knowing that although they both complement each other as artists that they can also teach one another something.

9:52 p.m. – In their battle the guys interpreted the song into something much more dramatic than the original, opening the performance up with a tender approach to the lyrics, but eventually they opened it up into something dynamic. They played off of each other’s energy really well and brought a flavor and vibe that established both of them as true artists. Kelly highlighted Tyshawn’s range, but also loved Zaxai’s warmth, eventually remembering that Jennifer had blocked her from bringing him to her team in the blinds. With that in mind, Jennifer decided to keep Tyshawn, I think knowing that what happened would happen–Kelly stole Zaxai for herself!

10:00 p.m. – What were your favorite performances of the night? Did the coaches make the right decisions and were the steals used on the best artists? Sound off about that and more in the comments while we wait for Tuesday night’s conclusion to the battle round!