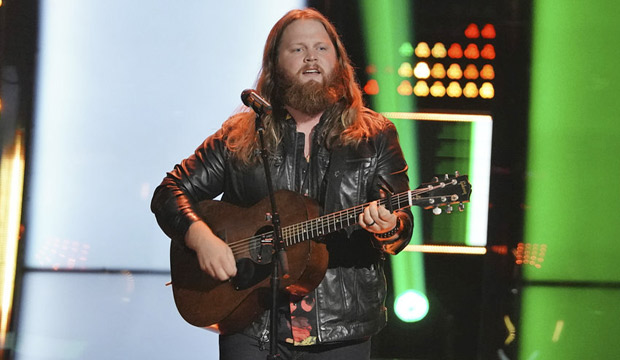 The two-part Season 15 finale of NBC’s reality TV series “The Voice,” will take place on Monday, December 17 and Tuesday, December 18. One of the four artists vying for the title is the 27-year old country rocker from Wisconsin, Chris Kroeze. He will face off against his teammate Kirk Jay (Team Blake Shelton), Kennedy Holmes (Team Jennifer Hudson) and Chevel Shepherd (Team Kelly Clarkson). Chris became a member of Team Blake following his blind audition of “Pride and Joy,” which convinced both Blake and Jennifer to turn their chairs.

Chris’ raspy vocals and his ability to put his own personal spin on Southern rock classics have proven to be his greatest strengths. In the Battles he defeated Mercedes Ferreira-Dias following their duet of “Back in the High Life Again.” In the Knockouts, Chris hit a slight road block in his journey when he lost to Michael Lee after singing “Burning House.” To be fair, Blake flipped a coin to determine the winner, planning to use his save on the other. In the Live Playoffs, Chris earned a spot in the Top 13 when the public voted him through following his performance of “Have You Ever Seen the Rain?”

Since then, Chris has appeared to fly under the radar as he has coasted straight to the finale. His emotional performance of “Let it Be” reached #56 on the iTunes chart, placing him behind four other contestants. The following week he rocked his way all the way to #21 on the chart with his performance of “Long Train Runnin’.” But it was in the following weeks we began to see clues that Chris could be a bigger threat to win than we thought. His renditions of “Callin’ Baton Rouge” and “Can’t You See” were both the top-streamed singles on Apple Music among “Voice” contestants. With that feat, he earned the bonus 5x vote multiplier the last two weeks heading into the finale.

The fact that Chris has won the bonus 5x vote multiplier two weeks in a row should serve as a warning to all those who underestimate him. Clearly he has a dedicated fan base even if he isn’t one of the more “showy” performers. His style of country/rock has proven to be popular among viewers of “The Voice,” with multiple finalists and even a few winners claiming that genre. What may hinder Chris the most is his own teammate, Kirk. Kirk has proven to put out the more emotional performances and he, along with Team Kelly’s Chevel, will both be digging into the country fan base Chris needs to win. When all is said and done, don’t underestimate Chris’ chances. This dark horse contender may be crowned the Season 15 champion on Tuesday night.