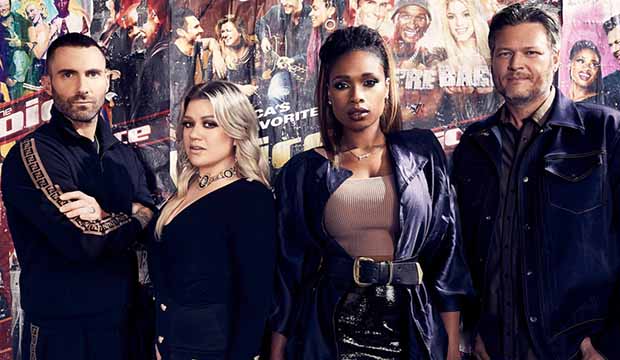 Season 15 of “The Voice” just wrapped up the first phase of the competition: the Blind Auditions. At the end of those six episodes, each coach had 12 artists on their team. These 48 hopefuls must now make it through the Battle Rounds, with the first of those four episodes airing on October 16.

Coaches set up six battles between their dozen artists. Reigning champ Kelly Clarkson has turned to Thomas Rhett for advice while one-time coach Jennifer Hudson is looking to Halsey for guidance. Three-time champ Adam Levine has CeeLo Green chiming in while Blake Shelton, who has won a whopping six of the previous 14 seasons of “The Voice,” has brought in Keith Urban for a second opinion.

These advisers will help the coaches decide which artist was the best in each battle. In addition, they will offer their input as to which two losing artists from other teams should be given a second chance. In all, 32 artists who win their battles or are stolen by another coach will advance to the Knockout Rounds.

The Knockout Rounds commence on October 29 for four episodes. Each coach will pit their eight artists against each other in four knockout matches. And each coach can steal one artist who lost from another coach. The 20 artists who win their knockouts or are stolen by another coach will advance to the Playoff Rounds.

Once again, the three Playoff Rounds will be live this year, with America choosing the Top 12 rather than the coaches. These rounds run for three nights in a row, beginning with a two-hour episode on November 12, followed by one-hour installments on November 13 and November 14.