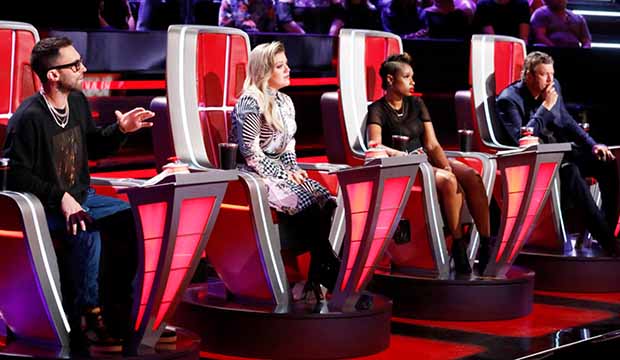 The first live show of season 15 of “The Voice” is on November 12. Each coach — reigning champ Kelly Clarkson, returning coach Jennifer Hudson, three-time winner Adam Levine or six-time victor Blake Shelton — has six artists on their team. We wondered which of these four was the best coach with the strongest team and the top choice in our poll was Hudson with 31% of the vote. This Grammy and Oscar winner saw her team shut out of the Top 8 when she coached for the first time last fall.

Clarkson is the pick of just over one in four readers (27%) while just under that number (26%) expect Shelton to win for a seventh time. Only 16% of readers expect Adam Levine to finally add a fourth trophy to his mantle. If you haven’t cast your ballot yet, vote in our poll below and then be sure to sound off on your favorite coach and artist in the comments section.

Each of the teams is made up of six artists who made it through the knockout round. The coaches had split their eight artists into four pairs and pitted them against each other to determine who would advance and who’d be sent home. The judges also were allowed to steal one artists from their rival coaches and to save one more of their own (they are indicated in the listings below).

Here’s a rundown of the roster on each of the coach’s teams at this stage of the competition in season 15 of “The Voice.”