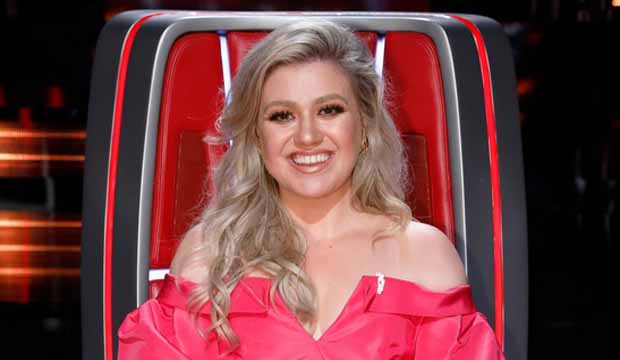 Rookie coach Kelly Clarkson already lost one of her only three remaining artists on last week’s episode of “The Voice.” What would happen to her chances if yet another of her singers goes home on the Top 11 results show airing Tuesday on NBC?

SEE ‘The Voice’ Top 11 Instant Save: Was right artist rescued by viewers of season 14? [POLL]

Chances are that will not happen since Team Adam Levine member Rayshun LaMarr could be on the chopping block again. Will he be able to fight back in a race for the Season 14 championship or will he be eliminated this week? We give you our exciting play-by-play analysis of the Tuesday program in our live updating blog below.

Here is the complete list of performances from Monday’s Top 11 show, which featured tunes chosen by the American public:

Live updating recap of the results episode plus analysis below for Tuesday, May 1:

8:00 p.m. – Tonight we find out the Top 10 for Season 14 of “The Voice.” The results are in after “Fan Night” on Monday and Team Adam and Team Alicia each perform for the first time as groups. Later tonight, singer and actress Janelle Monae will take the stage with her new single “Make Me Feel.” Finally, one artist will win the instant save to move forward to next week’s live show. Let’s get started!

8:05 p.m. – Host Carson Daly announced Brynn (Team Kelly) was the most streamed artist on Apple Music last night, so congratulations to her! That should put her in good shape for tonight’s results. Let’s find out which two artists will be the first to advance to the Top 10. And they are…Pryor (Team Blake) and Britton (Team Alicia). Those two were also the best-selling artists on iTunes last night so no surprises there.

8:13 p.m. – Janelle Monae is now on stage with her new single “Make Me Feel.” The always impeccably dressed songstress certainly doesn’t disappoint on that front as she busts out this soulful, funky jam. As I listen to this I can’t help but feel the influence of Prince and Michael Jackson. It wasn’t my favorite live performance from Janelle, but she always brings something unique to the stage so I credit her for that.

8:18 p.m. – The nine artists still hoping for safety have been ushered back onto the stage. Two artists moving one step closer to possibly winning it all are…Rayshun (Team Adam) and Brynn (Team Kelly). Rayshun was the odds-on favorite to go home this week according to our Gold Derby odds. His defiance of those odds will certainly shake up our leader board tonight!

8:28 p.m. – Up next, Team Adam is performing “The Scientist” by Coldplay. Adam kicked things off followed by Rayshun, Sharane and Jackie. I’m more impressed with Jackie’s voice each week. She sounds fantastic on this song. I’m so glad Adam saved her this season. Rayshun is completely over-singing but Sharane has a nice grit to her voice that works well on this track. Overall the performance was just okay.

8:30 p.m. – The seven artists waiting to hear their fate are rushed back to the stage for more results. The next two saved by America’s votes are: Spensha (Team Blake) and Jackie (Team Adam). Five are still at risk and two will battle it out for the final steal before the end of the night.

8:38 p.m. – Team Alicia is next to take the stage, performing “Gimme Shelter” by The Rolling Stones. Britton kicked things off before Jackie joined him for some rockin’ harmonies. Christiana took the second verse and this song actually fits her tone perfectly. Britton had an opportunity to show off his guitar skills as Alicia pounded on the keys. Between this week and last, Team Alicia gave my favorite group performance by a mile. Everyone shined. Well done!

8:42 p.m. – It all comes down to this. Five artists emerge onto the stage and three will be ushered into safety. Two will then fight for America’s instant save via Twitter. The final three artists saved by America’s vote are: Jackie (Team Alicia), Kyla (Team Blake) and Kaleb (Team Kelly). Team Blake and Team Kelly went unscathed. Christiana (Team Alicia) and Sharane (Team Adam) will fight for the instant save.

8:50 p.m. – Sharane is up first singing “If I Were a Boy” by Beyonce. It’s typically a wise choice to sing a ballad like this and Sharane is able to show off her big belting range. Unfortunately, she seems to veer off key at times and her runs seem a little all over the place. It actually seems like she might be suffering from some vocal strain, I’m not sure she’s in full voice. The performance was just okay. Adam pleaded his case with viewers at home to save Sharane to fight another day.

8:53 p.m. – Christiana is next singing “A Thousand Years” by Christina Perri. Christiana has so much star quality it would be a shame to see her go home this early. This performance felt more passion-filled than Sharane’s but I can’t say it was vocal perfection either. This could be a close vote! Alicia begged America to save this unique artist.

8:59 p.m. – Winning the second instant save of Season 14 and advancing to the Top 10 next week is…Christiana (Team Alicia)! Sharane (Team Adam) has been eliminated from the competition. Tune in next week as the final 10 artists compete to move one step closer to the finale.