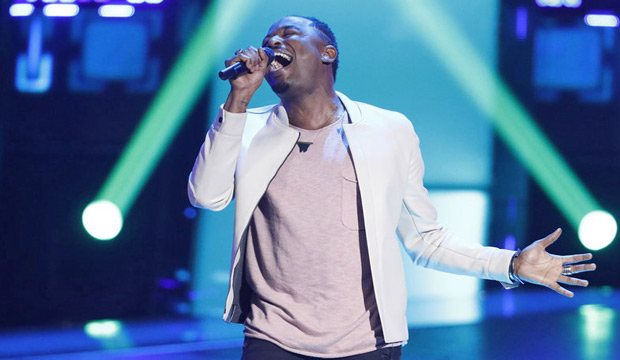 On Tuesday’s edition of “The Voice,” the bottom two vote getters among the Top 12 artists were D.R. King from Team Kelly Clarkson and Rayshun LaMarr of Team Adam Levine. Each had to sing one more song to try and win votes cast by viewers via Twitter. While LaMarr won the audience over, our readers were less enamored. By a margin of 53% to 47% they preferred the performance by King and wanted to see him win the Instant Save.

Perhaps the fact that King sang first hurt him in the public vote. Those watching the show live in the Eastern and Central time zones knew when to weigh in via Twitter. Fans of either artist in the rest of the country had to rely on social media if they wanted to back their favorite, albeit without having seen the performances.

Many of our readers thought King really connected with the lyrics of his save song: the 1973 tune “Papa Was a Rollin’ Stone,” which was a big hit and Grammy winner for The Temptations. Rolling Stone has it at #168 on its “500 Greatest Songs of All Time” list. However, it was LaMarr who prevailed with his rendition of one of Tina Turner‘s signature songs, her 1984 cover of “I Can’t Stand the Rain.”

Do you think that LaMarr deserved to win the Instant Save more than King? Vote in our poll below and sound off in the comments section.