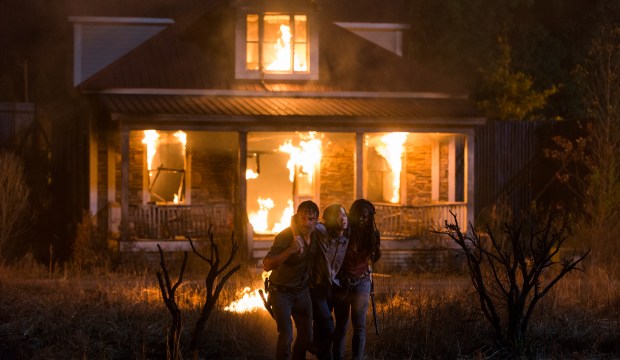 Season 8 of “The Walking Dead” will make its triumphant return on Sunday, February 25 with the mid-season premiere “Honor.” Given that Part A of Season 8 reached its shocking conclusion way back on December 10, you would be forgiven for forgetting many of the details. So here’s everything you need to remember about your favorite apocalypse survivors before diving into Sunday’s supersized episode.

SEETop 10 ‘The Walking Dead’ villains ranked from worst to best: Negan and Simon and walkers, oh my!

A Flash-Forward – Season 8 opened with a mysterious vision from Rick (Andrew Lincoln). The scene appeared to be a dream sequence, similar to Rick’s previous vision of heaven. The idyllic scene of family life was later counterbalanced in the episode with what most believe is a flash-forward. Rick kneels below a stained glass window, tears streaming from his face, and mutters, “My mercy prevails over my wrath.” Whatever that means. Greg Nicotero directed this episode as well as the mid-season premiere, and given his penchant for playing with time, it’s safe to say that we will find out what has Rick so upset very soon.

Carl’s Fate – The most obvious cause for Rick’s grief is Carl (Chandler Riggs). The young Grimes boy helped and befriended lone survivor Siddiq (Avi Nash) against his father’s wishes. As Carl escorted the man to Alexandria, they were beset by a pack of walkers. The two barely make it out alive after Siddiq has to save Carl from a zombie pinning him to the ground. It turns out looks can be deceiving. Only after Carl steps up to the plate to lead his fellow Alexandrians away from a brutal attack on Alexandria do we discover that Carl was bitten on the torso by the zombie. With plenty of time having passed on no known cure for the virus, Carl is all but certain to depart the series this episode.

Saviors Unleashed – Oh right, speaking of Alexandria: it’s a pile of fire and ash right now. Negan (Jeffrey Dean Morgan) and the Saviors spent forever trapped in The Sanctuary by a herd of zombies, and they would have stayed that way. But Daryl (Norman Reedus) and Tara (Alanna Masterson) weren’t keen on delaying their revenge and formulated a plan to wipe the Saviors out. They drove a garbage truck straight through a wall of The Sanctuary, allowing the walkers to pour in. But while a few Saviors were consumed in the chaos, it actually provided Negan space to muster his army and escape the building. The Saviors promptly attack Alexandria with guns and bombs, leaving most of the buildings in ruins and the Alexandrians hiding in the sewer system.

A Devastated Kingdom – Alexandria wasn’t the only community gutted by The Saviors. Earlier in the war, The Kingdom’s powerful army was decimated in an instant by a Savior with a Gatling gun. The fearsome tiger Shiva was brought down by walkers. If all that loss wasn’t enough, Saviors invaded The Kingdom after they escaped The Sanctuary. Ezekiel (Khary Payton) is able to get most of his people out of the settlement, but only by locking himself inside the city walls and getting captured. Now it’s up to Carol (Melissa McBride) to turn the survivors into fighters and save the king.

Oceanside’s Role – Aaron (Ross Marquand) has trouble coping with the death of his boyfriend Eric, and sets out on a secret mission with Enid (Katelyn Nacon). Determined to make every effort they can in the war with Negan, they seek the aid of the Oceanside community. While the two are camped out one night, Enid fires her gun at a figure about to kill Aaron. It’s revealed that Enid’s bullet killed the Oceanside leader Natania and the two are quickly surrounded. It remains to be seen if diplomacy is still possible or if Enid and Aaron just created a new adversary.

Hilltop’s Surprise – With Alexandria and The Kingdom severely weakened, the best odds for defeating The Saviors lie with Maggie (Lauren Cohan) and Hilltop Colony. Although a Savior ambush robbed The Hilltop of almost all their weapons, Maggie is nothing this season if not full of resolve. She doesn’t hesitate in murdering a Savior from her on-site prison and placing him in a coffin for The Saviors to find. “We have 38 more,” reads the box, “Stand down.” In addition to the hostages, the Hilltop provides vital agricultural resources to The Saviors. As the only person who can deliver a confident threat to Negan, the second half of Season 8 could see Maggie becoming the most powerful leader of the apocalypse. 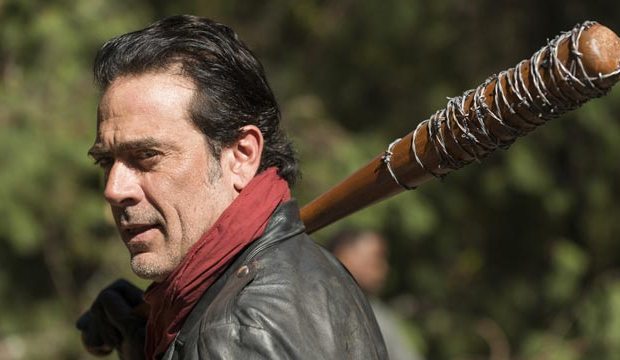 Will Luke Kirby ('The Marvelous Mrs. Maisel') go 2-for-2 at Emmys for Best Comedy Guest Actor?