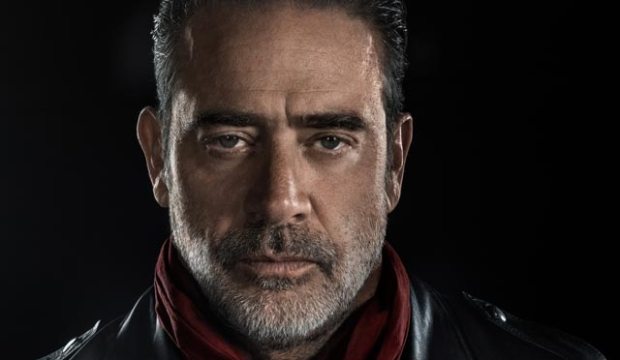 Tensions surrounding The Saviors, and how to deal with them, boiled over in the latest episode of “The Walking Dead” Season 9. Not everyone is on board with Rick’s (Andrew Lincoln) vision for peace and unity, including most notably Negan (Jeffrey Dean Morgan), who returns in full force in Episode 2. Throughout the hour, anger and resentment between opposing factions bubbles to the surface with catastrophic results. Below we dive into the Top 5 most shocking moments of “The Bridge.”

Maggie Relents
Saviors go missing, along with fuel they intended to trade with Hilltop for food. And after her #HilltopFirst power trip last episode, Maggie (Lauren Cohan) has no patience for Michonne’s (Danai Gurira) request to hand over the food anyway. Michonne also questions Maggie’s decision to keep Earl locked up, despite his attempted murder of Maggie. She eventually lets his wife Tammy Rose (Brett Butler) visit the prisoner, and their reunion draws out Maggie’s softer side. Earl confesses to having a history of addiction, and that his drinking habit nearly cost him his family. Maggie’s father also struggled with alcohol, and this similarity finally softens the hardened leader as she realizes some people are worthy of redemption. She agrees to free Earl as long as he is supervised and gives the Saviors food.

Herd Attack
Rick, Daryl (Norman Reedus) and Carol (Melissa McBride) are overseeing the reconstruction of the downed bridge. A planned dynamite blast attracts a zombie herd, and one of the diversion sirens fails to go off. This sends the walkers straight towards the lumber crew. A panicked Savior drops a log the pins Aaron (Ross Marquand) by his arm. Daryl swoops into the rescue, but Aaron’s arm is horrifically mangled with skin ripped off down to the bone. When the two return to camp, they find Siddiq has gone back to Alexandria with just Enid (Katelyn Nacon) in the infirmary. The terrified medic-in-training decides to amputate the limb and begins sawing away as Aaron cries in pain.

Love and Secrets
Anne (Pollyanna McIntosh) and Gabriel (Seth Gilliam) spark an odd new romance. She puts her art skills to use, drawing a likeness of the organist from Gabriel’s old church based on his description. It’s clear that Gabriel had feelings for this mystery woman. As the two share their pasts, Anne leans in and kisses Gabriel. But in a curious scene afterward, she spots the helicopter from last season and appears anxious. She did tell Gabriel: “You can ask me about my past, just don’t ask for my secrets.” It’s unclear if the helicopter is good news for the communities or not, but Anne remains the center of this mystery.

SEE ‘The Walking Dead’ boss on Andrew Lincoln leaving: ‘We’re all sad about it,’ but we have ‘an ensemble cast’

Behind Bars
Rick meets with Negan in his jail cell to gloat about the harmonious world that the former Savior leader will never see. “It was a hard day,” Rick admits, “But bad as it was, when the day was done, they came together.” Negan doesn’t buy the idyllic story, asserting that it will one day fall apart. He mocks Rick for striving to make the world better when most of his family has died. “That bridge is not the future, it’s a monument for the dead,” he growls, twisting the knife. “You’re not saving the world Rick, you’re just getting it ready for me.” It’s a genuinely terrifying moment for Rick and the audience, and easily Negan’s most effective scene since his introduction.

Revenge
New Savior troublemaker Jason (Zach McGowan) is responsible for letting the herd reach the lumber yard. Daryl beats him to a pulp for his mistake, telling Carol, “There’s only one way to deal with these a**holes.” When Jason mouths off to Rick about the incident, Rick finally does right by Daryl and orders Jason to leave camp and never return to any of the communities. As he departs that night, he is startled by a sound from the woods. He breathes a sigh of relief as he spots a familiar face, but the figure suddenly overtakes and seemingly kills him. Has Daryl taken his rage towards the Saviors into his own hands?