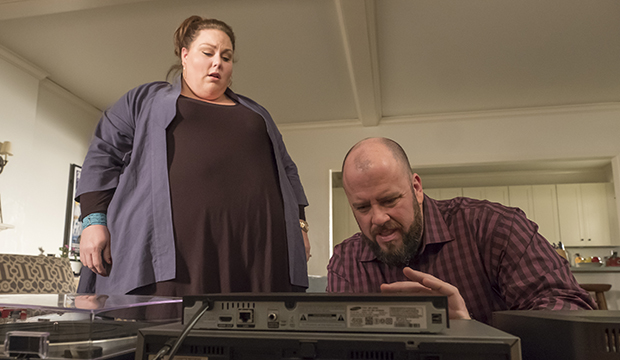 “This Is Us” made a rookie mistake for the Emmys last year. The NBC drama submitted way too many episodes for writing and directing — five and eight (!), respectively — and came away with zero nominations in either category. But it seems to have learned its lesson this year, wisely choosing just two episodes for both races.

Per the nominating ballots, which were released Monday for Emmy voting, “This Is Us” is entering “Super Bowl Sunday” and “The Car,” which was the episode that aired after the post-Super Bowl outing, for writing and directing. Very smart. Slow clap for everyone who was part of this decision-making. “This Is Us” is now very competitive to make it into either race, or maybe both.

SEE Milo Ventimiglia (‘This Is Us’): Jack is ‘flawed,’ but ‘very much all of us’ [EXCLUSIVE VIDEO INTERVIEW]

The No. 1 rule of Emmy submissions is to never over-submit (AMC, in particular, does this a lot — it submitted an insane 11 “Fear the Walking Dead” episodes for writing in 2016). Having too many options is not only overwhelming for voters perusing a ballot, but it can lead to vote-splitting and you getting blanked. You want to submit your best one or two episodes (maybe three max) — whether it’s quality-wise or buzz-wise or hopefully both — and for support and votes to fuse around that. Don’t give people too many choices.

In the case of “This Is Us,” its most hyped episode this season was the Super Bowl one, in which we finally learned how Jack (Milo Ventimiglia). Everyone will know what it is when they see it and will likely vote for that before “The Car.”

If “This Is Us” does score writing and directing nominations this year, its odds of taking drama series will increase. Only 11 dramas and five comedies have won the series prizes without nominations in either writing or directing. Last year, “This Is Us” was trying to be the first drama to do so since “The Practice” in 1999.