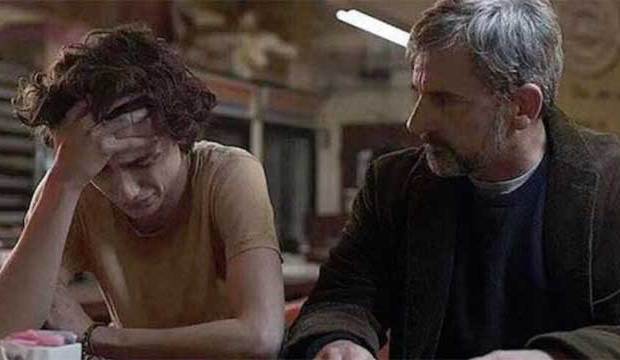 “Beautiful Boy,” the first major reveal of an expected Oscar contender at the just-started 11-day Toronto International Film Festival, received measured praise from critics after its premiere on Friday. The subdued depiction of crystal meth addiction, based on a pair of fact-based memoirs about a father who is determined to help his college-age son recover, is the American debut of director Felix Van Groeningen (“The Broken Circle Breakdown,” a 2012 foreign-language nominee).

The reviews suggest that this two-hander is one of those feel-bad, put-‘em-through-the-ringer melodramas. Its saving grace are sensitive, committed performances by its two leads, Steve Carell (“Foxcatcher”) and Timothee Chalamet (“Call Me by Your Name”), two past lead-actor Oscar nominees who are likely to hear their names called again.

Owen Gleiberman of “Variety” suggested, “It’s a compelling movie whether or not it happens to speak to you personally, yet you can bet that a lot of people who have stood by and watched members of their families succumb to drug addiction are going to want to see it.” He points out the film’s prime trophy magnets are its two stars: “Carell and Chalamet both give excellent performances that should help to launch ‘Beautiful Boy’ into the awards-buzz atmosphere. That said, there’s not a lot to the characters apart from their relationship to drugs, and so the film has a certain staid, repetitive quality.”

Indiewire’s Eric Kohn had this to say: “At its best, “Beautiful Boy” is a heartbreaking paternal detective story. … At its worst, this somber drama about family estrangement wallows in grief with a borderline sadistic intensity. With lesser performances, it would crumble under the manipulative weight of unearned gravitas, but these two actors transcend the material at every turn.”

Todd McCarthy of “The Hollywood Reporter” had a harsher reaction to what he calls “a one-note, prosaic, on-the-nose look at drug addiction,” adding, “As enacted here by unquestionably fine actors, this story does not emerge as compelling or convincing, and the film is aggravatingly narrow-minded in its interests.”

PREDICTMake your predictions now! Change them later as often as you wish. Compete against our Experts!

Other hotly anticipated awards bait premiering at this 43rd edition of TIFF are “Moonlight” director Barry Jenkins’s adaptation of “If Beale Street Could Talk” and “Widows,” Steve McQueen’s follow-up to “12 Years a Slave.”