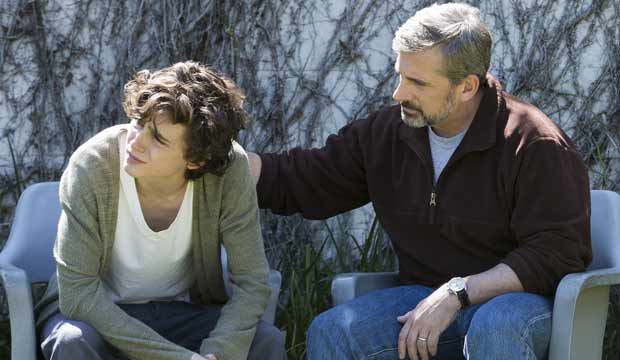 As more critics and audiences have gotten to see “Beautiful Boy” and “Green Book,” our Oscar odds for Best Supporting Actor have taken a turn. “Green Book” star Mahershala Ali moved into the lead, while the former front-runner, “Beautiful’s” Timothee Chalamet, slipped a bit. But it’s far from an open-and-shut case. Voters may be reluctant to give Ali a second Oscar just two years after his victory in the same category for “Moonlight.” And five Experts are still backing Chalamet for the win.

Ali gets leading odds of 37/10 based on the combined forecasts of thousands of Gold Derby users. That includes a majority of the 29 Expert journalists we’ve polled from top media outlets. Ali benefits from the fact that “Green Book” looks like a stronger Best Picture contender based on our current forecasts, and it’s easier for an actor to win while riding a wave of support for a popular film. Just ask Willem Dafoe, who was the early front-runner last year for “The Florida Project” before Sam Rockwell rose to the top with “Three Billboards Outside Ebbing, Missouri.”

But Chalamet has the benefit of an Oscar IOU. Last year critics preferred the young actor’s performance in “Call Me by Your Name” for Best Actor, but he ultimately couldn’t overcome the sentiment for Gary Oldman (“Darkest Hour”), an overdue veteran giving a transformative performance in a biographical role — that’s the Oscar trifecta right there.

Now voters might be eager to make it up to Chalamet, who has proven his “Call Me” performance was no fluke by also appearing in noteworthy films like “Lady Bird” and “Hostiles,” and now “Beautiful Boy.” And now he’s in the supporting race, where it’s easier for younger actors to win; four 20-somethings have won Best Supporting Actor, compared to just one 29-year-343-day-old who claimed Best Actor (Adrien Brody for “The Pianist”).