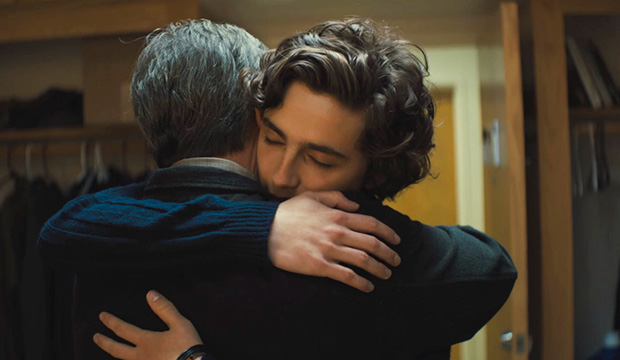 This year, however, he could become the second youngest Best Supporting Actor winner for his performance in Felix Van Groeningen‘s biographical drama “Beautiful Boy.”

Based on the memoirs “Beautiful Boy” by David Sheff and “Tweak” by his son Nic Sheff, the film follows Nic (Chalamet), a teenager who leads a seemingly perfect life, but in reality struggles with an addiction to crystal meth, threatening to destroy his and his family’s entire lives. His father David (Steve Carell) watches his son as he slips into addiction and does everything in his power to prevent his son and family from completely falling apart.

Currently, Timothy Hutton (“Ordinary People,” 1980) holds the record as the youngest Supporting Actor winner, triumphing at 20 years and 227 days old. Chalamet will be 23 years and 59 days old on the Feb. 24 Oscar ceremony and would thus claim the second youngest title from current holder George Chakiris (“West Side Story,” 1961), who was 27 years and 205 days old when he won the trophy.

While younger performers — particularly actresses — often receive nominations, not many of them go home with the statuette. So far, there have only been seven actors under the age of 23 who ended up prevailing in their respective category:

Hence, it could be an uphill battle for Chalamet. That said, academy voters tend to embrace transformative performances, which is true of his turn in “Beautiful Boy.” Getting in the headspace of a meth-addicted teenager is challenging as is, but Chalamet went one step further by losing 20 pounds for the role, which is sure to catch some voters’ eyes. A physical transformation has helped several other actors win Oscars in the past, such as Christian Bale (“The Fighter,” 2010), Matthew McConaughey (“Dallas Buyers Club,” 2013) and Charlize Theron (“Monster,” 2003).

Plus, Chalamet’s performance has been hailed by critics. William Bibbiani (IGN) states that Chalamet “is operating on another level, channeling James Dean levels of teenage angst, and demonstrating with frustrating clarity the ongoing battle between emotional neediness and defensive resentment.“ Eric Kohn (IndieWire) says that Chalamet “so embodies the tragic struggles of a drug-addled young man it’s a wonder he made it through the production.“ Finally, Richard Lawson (Vanity Fair) praises him for giving a “radiant, preternaturally wise performance.”

According to our combined Oscar odds, Chalamet is currently in second to win Best Supporting Actor with odds of 9/2, just behind Mahershela Ali (“Green Book”). He’s ahead of Sam Elliott (“A Star Is Born”), Richard E. Grant (“Can You Ever Forgive Me?”) and Sam Rockwell (“Vice”).