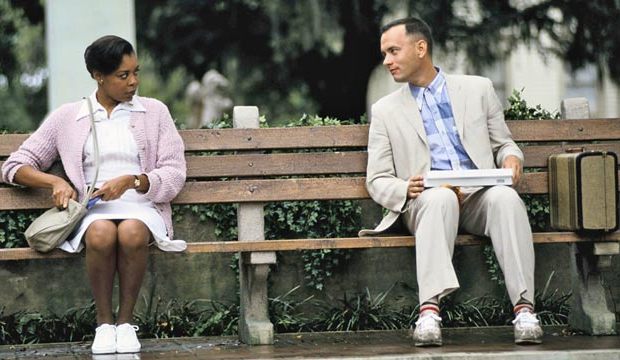 Tom Hanks has been voted the top Best Actor Oscar winner of the 1990s for his titular role in “Forrest Gump.” Gold Derby’s recent poll asking you to vote for your favorite of the decade came down to Hanks and … Hanks, who won the previous year for “Philadelphia.”

Hanks’ “Forrest Gump” performance won the poll with an impressive 47% of the vote, followed by Hanks’ performance in “Philadelphia” at 24%. Anthony Hopkins in “The Silence of the Lambs” was next with 18%, and no other contender came close. The next highest was Al Pacino in “Scent of a Woman” at 4% and then Kevin Spacey in “American Beauty” at 3%. Nicolas Cage in “Leaving Las Vegas” was next with 2%, then a tie at 1% between Jack Nicholson in “As Good as It Gets” and Roberto Benigni in “Life Is Beautiful.” Two Best Actor winners did not earn a percentage point — Jeremy Irons in “Reversal of Fortune” and Geoffrey Rush in “Shine.”

In a career full of classics, Hanks’ performance as Forrest Gump may be his most iconic. The role required Hanks to use a Southern accent while portraying a simple man of limited vocabulary. The actor also won the Golden Globe and Screen Actors Guild Award for his performance.

Hanks has had a curious relationship with the Oscar over the past few decades. He became the rare actor to win back to back Oscars in the early ’90s, but in recent years he has been shockingly passed over for nominations. His three other nominations are for “Big” (1988), “Saving Private Ryan” (1997) and most recently, “Cast Away” (2000). He came close to a nomination this year for “The Post,” which is nominated for Best Picture and Best Actress.