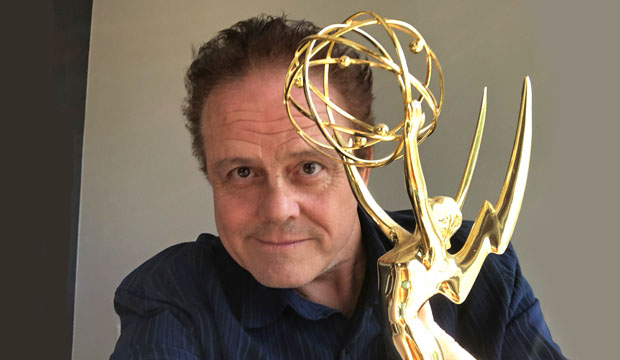 Pardon my braggadocio, but, hey, if you aim to give the Best Performance by an Emmy Pundit, you have to get all huffy or it’s no fun, right? You can see all of my Emmy predictions here. Explanations below. If you dare to disagree, post your comments below.

BEST COMEDY SERIES
A neck-and-neck horse race between “Atlanta” and “Marvelous Mrs. Maisel.” Out of our 27 Experts, 14 pick “Atlanta” and 13 say “Maisel.” Both have drawbacks. “Atlanta” isn’t the kind of knee-slapping gigglefest that usually wins here, while “Maisel” is a one-hour nominee in a category usually dominated by half-hour fare. Both programs scored three victories at the Creative Arts awards last weekend. I’m going with “Atlanta” because voters tend to hold back the comedy-series crown a bit. “Veep” didn’t win until its fourth best-series nomination. Now “Atlanta,” in its second year, competes against newbie “Maisel,” so it probably has the edge. If “Atlanta” wins, it will be the first time that a basic cable network (FX) has claimed this category. If “Maisel” does it, the victory will be a first for a streaming service (Amazon).

BEST COMEDY ACTRESS
Rachel Brosnahan seems like a slam-dunk because she’s so marvelous as Mrs. Maisel, but watch out for a potential upset from that sneaky Allison Janney (“Mom”), who could ride the momentum of her recent Oscar victory to tie the Emmy record for most wins by a performer (eight). Hollywood darling Janney is just one Emmy shy of the historic stashes held by Julia Louis-Dreyfus and Cloris Leachman.

BEST SUPPORTING COMEDY ACTOR
Last year’s champ Alec Baldwin (“Saturday Night Live”) is back in the race for his scathing riff on Donald Trump and there’s a good chance he’ll take this again, but beloved TV veteran Henry Winkler (“Barry”) is overdue for his first Emmy and he’s campaigned aggressively. So I’m going with Winkler. It probably helps that he portrays an acting coach (voters in this category are actors, remember) on HBO (the ultimate Emmy darling of networks). Voters love to embrace veterans, as they did two years ago when Louie Anderson (“Baskets”) pulled off an upset here. Now Louie’s back, so he’s a threat again.

BEST SUPPORTING COMEDY ACTRESS
Up until two days ago, I was betting that Laurie Metcalf would win a fourth Emmy for “Roseanne,” thinking she could turn out to be this year’s Jon Cryer. Remember: Cryer received a surprise, consoling embrace from the TV academy after “Two and a Half Men” co-star Charlie Sheen‘s public flame-out. But that whole “Roseanne” meltdown was probably just too toxic, so I’m wimping out here and switching to a repeat win for last year’s champ Kate McKinnon (“SNL”).

BEST DRAMA SERIES
If I was betting money, I’d probably put it on one of the presumed frontrunners “Game of Thrones” or “The Handmaid’s Tale,” but since I’m merely wagering my professional reputation as an awards pundit, I’m jumping off a cliff here for “The Americans” because I think it has the strongest rooting factor among media insiders, who consider it to be their own private, personal gem. Sometimes voters like to give a departing drama series a farewell hug in its last season – like “Breaking Bad” and “The Sopranos.”

BEST DRAMA ACTOR
If “The Americans” wins nothing else, it will snag this category for Matthew Rhys. The only rival who might possibly beat him is Milo Ventimiglia (“This Is Us”).

BEST DRAMA ACTRESS
I’m betting on Elisabeth Moss (“The Handmaid’s Tale”) to repeat, but she’s vulnerable. Remember, the Emmy is a peer-group award with actors voting on actors. Claire Foy (“The Crown”) won that other peer-group kudo, the SAG Award, for the past two years, beating Moss last year.

BEST SUPPORTING DRAMA ACTOR
If Peter Dinklage (“Game of Thrones”) prevails again, he’ll tie Aaron Paul (“Breaking Bad”) for most victories in this category (three). I’m going with David Harbour, though, because he really has a lead role on “Stranger Things.” In Hollywood, size matters.

BEST SUPPORTING DRAMA ACTRESS
Everybody’s betting on Yvonne Strahovski, but I think her “Handmaid’s” costar Ann Down will triumph again because everybody loves a great villain!

BEST MINISERIES
“Versace,” of course. It swept the Creative Arts Emmys and will continue its march here. Furthermore, it deserves to win despite what you might hear from an occasional grumpy naysayer.

BEST ACTOR IN A TV MOVIE/MINI
For a very long time, I had Antonio Banderas (“Picasso”) out front because he’s a movie star (TV voters love that) portraying a famous artistic person (bingo!) over many years (we get to see him age – they’re suckers for that). But now I just caved in to the Darren Criss groupthink because I’ve already gone out onto too many other shaky, thin limbs with my predix in other categories. Beware of potential upset here by Benedict Cumberbatch (“Patrick Melrose”) or Jeff Daniels (“Looming Tower”).

BEST SUPPORTING ACTOR IN A TV MOVIE/MINI
Voters love Jeff Daniels so much that they’ll probably reward him somewhere. My guess is here (“Godless”). But watch out for that devious Brutus! Brandon Victor Dixon gave a breakout performance in “Jesus Christ Superstar,” which was blessed five times at the Creative Arts Emmys last week.

BEST SUPPORTING ACTRESS IN A TV MOVIE/MINI
Judith Light deserves to win based upon her heart-cracking turn in “Versace,” but she’s up against a sexy costar who’s an Oscar-winning movie titan, Penelope Cruz. TV voters adore their movie stars.

BEST VARIETY TALK SERIES
“Last Week with John Oliver” is the new category hog here and will continue to dominate like its predecessor “Daily Show.”

BEST VARIETY SKETCH SERIES
“Saturday Night Live” has never claimed this race two years in a row. But now it will do so following its impressive six victories at the Creative Arts.