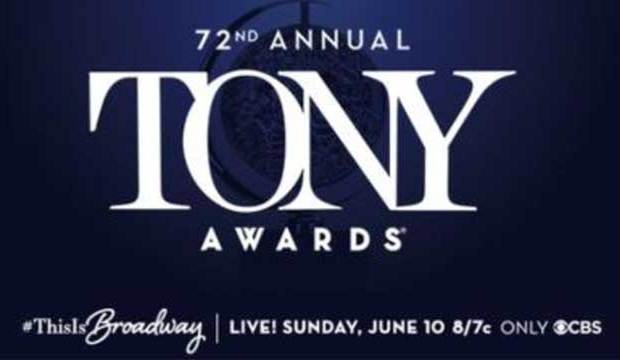 Forecasting the Tony Awards is never the easiest of tasks. Its 26 categories, including a plethora of technical prizes, are always ripe for upsets. Moreover, the Tony precursors, such as the Drama Desk Awards and Outer Critics Circle Awards, are often unreliable to use in making predictions, given several Tony-eligible shows will find themselves out of the running there. “The Band’s Visit,” for instance, which all but steamrolled Tony night with 10 wins, was not eligible at those two precursors this year, as it had competed at the 2017 awards for its off-Broadway staging.

Given the challenge of acing Tony predictions, I was downright flabbergasted to find myself emerging victorious on the big night, outpacing 924 fellow Gold Derby users to correctly predict the most wins of the evening – 23 of the 26 categories.

So, how did I pull this off?

Well, like most Tony season followers, I knew both “The Band’s Visit” and “Harry Potter and the Cursed Child” were in for a grand evening, destined to win at least five or so prizes a piece. My gut, however, told me the former was about to stage a tsunami, rather than a merely respectable wave.

SEE Who decided the winners of the 2018 Tony Awards?

Besides receiving what I considered an artificial boost in momentum from the Drama Desk Awards and Outer Critics Circle Awards, I saw “Mean Girls” and “SpongeBob SquarePants” – both of which were warmly received by critics but hardly earned notices on the level of “The Band’s Visit” – as comparable to past Tony contenders like “Legally Blonde” and “Shrek the Musical” — commercially successful and admired by critics but lacked the gravitas voters generally honor.

On the play side, the evening went roughly as planned, with “Harry Potter and the Cursed Child” having a field day in the technical categories.

I forecast the one real upset – Laurie Metcalf (“Three Tall Women”) in Best Featured Actress in a Play over front-runner Denise Gough (“Angels in America”). My hunch was this – Metcalf is absolutely beloved in the theatre industry and still has a fair amount of buzz from her Oscar-nominated turn in “Lady Bird” (2017), not to mention a passionate fan base who continues to argue she deserved that Oscar. Moreover, I suspected “Angels in America” co-star Susan Brown was liable to siphon off some votes from Gough. Oh, and there’s also the fact that Metcalf is essentially a co-lead in her production, on stage for nearly all of the proceedings.

SEE 2018 Tony Awards: Complete list of winners (and nominees) in all 26 categories

How did I fall short of predicting all 26 categories correctly? Three words: “My Fair Lady.”

I really thought opening in April – a perfect date for Tony consideration – and the heavenly reviews it received would earn the production the prizes in Best Musical Revival, Best Featured Actor in a Musical (Norbert Leo Butz) and Best Scenic Design of a Musical. Alas, it would need to settle for a single trophy, in Best Costume Design of a Musical. No doubt, the vote in Best Musical Revival was a close one among it, “Carousel” and the victorious “Once on This Island.”

Indeed, so many of these categories were likely decided by the slimmest of margins, chief among them Best Actor in a Musical (ultimately won by Tony Shalhoub for “The Band’s Visit”) and Best Director of a Play (John Tiffany for “Harry Potter and the Cursed Child”). Forecasting these and a few other categories was akin to flipping a coin.

As much a cliche as it may sound, I would encourage fellow Tony season followers to very much follow your gut instinct in predicting these going forward. Also, the precursors are a blast to follow but not always the most helpful in formulating a Tony forecast – a show may win half a dozen Drama Desk Awards, as “SpongeBob SquarePants” did this year – but that doesn’t mean a whole lot when a show as acclaimed as “The Band’s Visit” wasn’t in the running there. Moreover, just because you’re a big name, like Best Book of a Musical nominee Fey, such hardly means you’ll be a shoo-in when voters cast their ballots.

No doubt, the 2019 Tonys will be every bit as perplexing and fun to predict as this year’s offerings!