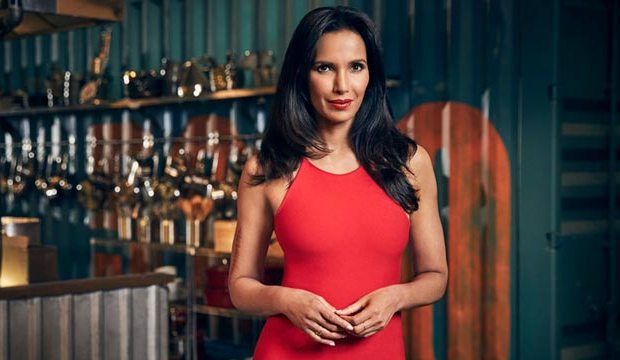 Which aspiring chef failed to impress the judges this week in Season 15 of Bravo’s “Top Chef”? In Thursday’s sixth episode, host Padma Lakshmi and former winner Richard Blais instructed the contestants to transform their most difficult personal dishes into readily accessible 30-minute meals. Later, German chef Keegan Gerhard tasked the players with coming up with a unique and delicious “Top Chef” beer garden that included pairing a German-inspired dish with a radler.

Below, check out our minute-by-minute “Top Chef” recap of Season 15, Episode 6, titled “Now That’s a Lot of Schnitzel” to find out what happened Thursday night. Then be sure to sound off in the comments section about your favorite chefs, which dishes from the episode looked the tastiest and who you think can go the distance to win the title of “Top Chef.” Keep refreshing/reloading this page as we’ll be updating live.

9:59 p.m. – In last week’s episode Tu David Phu was eliminated for failing to be creative with his rabbit dishes. The reality TV show also re-introduced not one, but two “Last Chance Kitchen” champs back into the competition: Lee Anne Wong and Claudette Zepeda-Wilkins. “Last Chance Kitchen” is still open for business, so who will be joining Phu this week?

10:01 p.m. – Sounds like the chefs are feeling the effects of being at high altitudes for so long. This is especially concerning for Lee Anne, who is currently pregnant and isn’t feeling well. Do we think she’ll quit the competition?

10:04 p.m. – Turns out Lee Anne is going to the hospital to get checked out instead of competing in the Quickfire. Padma informs the crew that he IS okay though. For the Quickfire, alum Richard Blais is on hand to help judge the chefs in their recreations of some of their most complicated dishes from their own restaurant menus. The goal is to teach “simplicity” by having them trim down the dishes to be cooked in just 30 minutes.

10:13 p.m. – First to present her dish is Claudette, but she failed to plate her dish in full so she’s disqualified. Joining her on the bottom with her was Adrienne Cheatham‘s “gummy” hushpuppies and Fatima Ali, who Padma was personally upset with for not showing Pakistani food as well as she could. On the top was Christopher Scott‘s pepper pot shrimp, Brother Luck‘s paella and Joe Sasto‘s scallop and gnocchi. Ultimately, the winner was Christopher for what Richard called a restaurant-quality dish. As a prize, he wins immunity for the Elimination Challenge and he will be featured on a Buzzfeed video.

10:17 p.m. – For the Elimination Challenge, Keegan Gerhard, a famed German pastry chef, arrived to ask the chefs to elevate German food and to create a radler, a drink that is a 50/50 mix of beer and fruit soda. The dishes would be presented to 200 diners in a cocktail party atmosphere.

10:28 p.m. – At the hospital, Lee Anne is okay, but she has altitude sickness and dehydration and must get rest so it looks like she may be sitting on the Elimination Challenge as well.

10:31 p.m. – In the kitchen, Fatima is still thinking about how Padma asked her to be more bold with her flavors, Chris is concerned that his choice of buying pre-made sausages was a bad one and everyone is nervous about making a radler for the first time!

10:33 p.m. – When the judges arrive back at the house, Lee Anne is there, feeling a little better, and lets them all know that the doctor advised her to get back down to normal altitude in order to get healthier and for the sake of the pregnancy. That means she is voluntarily leaving the competition.

10:43 p.m. – Luckily for Fatima, Padma is a fan of her black forest cake and the chai spices she used in it, but unluckily for Chris he was asked whether he made his own sausages and then was told that even the grill on them wasn’t the best.

10:49 p.m. – At Judges’ Table, the standouts were named: Claudette, Bruce Kalman and Tanya Holland. Tanya was complimented on the pairing of her radler, Claudette’s flavors impressed the judges and Bruce managed to bridge the gap between his Italian point of view with German ingredients without sacrificing what it meant to create German food. Keegan said that the winning dish was the one that offered the best radler pairing while truly elevating a German dish and gave it to Tanya!

10:52 p.m. – In the bottom, were Brother, Joe and Adrienne. Joe admitted that he took on more than he was able to accomplish and his dish suffered because of it. Brother’s dish wasn’t German enough and so didn’t satisfy what the judges had asked of him. Adrienne came under fire for her unseasoned dish, something the judges have had a problem with in the past.

10:54 p.m. – During deliberation the judges struggled to pinpoint which aspect of the challenge was the most important and whose error was the most egregious–does Brother get eliminated because his dish wasn’t German or are Joe and Adrienne vulnerable because the execution of their dishes wasn’t as good?

10:58 p.m. – Because he didn’t adhere to the parameters of the challenge, Brother was asked to pack his knives and head to Last Chance Kitchen where he’ll compete against Tu David Phu for a chance to remain in the game.

Who will be eliminated? Brother Luck and Lee Anne Wong

Who will be in bottom 2, but safe? Joe Sasto and Adrienne Cheatham

Who will win the main challenge? Tanya Holland

Who will win the Quickfire challenge? Christopher Scott

Will anybody quit the competition? Yes