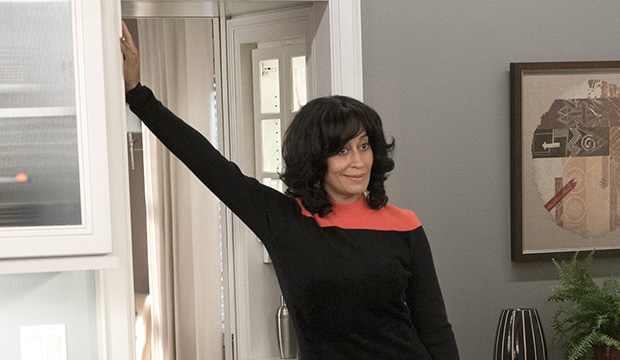 Maybe the third time will be the charm for Tracee Ellis Ross. The “Black-ish” star has lost her past two Best Comedy Actress Emmy nominations to Julia Louis-Dreyfus (“Veep”), but with the six-time reigning champ out this year, it could be anybody’s game. And if Ross does pull it off, she’d make history as just the second black winner of the category and first in 37 years.

Isabel Sanford (“The Jeffersons”) was the first and thus far only woman to break that barrier, way back in 1981. She is also the most nominated black actress in the category, having contended seven times for “The Jeffersons.”

SEE Emmys: Will a show sweep the comedy lead categories for the first time in 10 years?

Currently tied with Nell Carter (“Gimme a Break!”) and Phylicia Rashad (“The Cosby Show”) with two nominations, Ross could move into sole position of second place with her third bid this year as Rainbow Johnson. Diahann Carroll (“Julia”), the first black actress nominated in the category in 1969, is the only other black nominee.

Ross, who won the Golden Globe in 2017, is in third place in our odds, behind heavy favorite Rachel Brosnahan (“The Marvelous Mrs. Maisel”) and seven-time Emmy champ and newly minted Oscar winner Allison Janney (“Mom”). Nine of our 10 Experts are backing Brosnahan except for Ben Travers (IndieWire), who’s going with Ross.