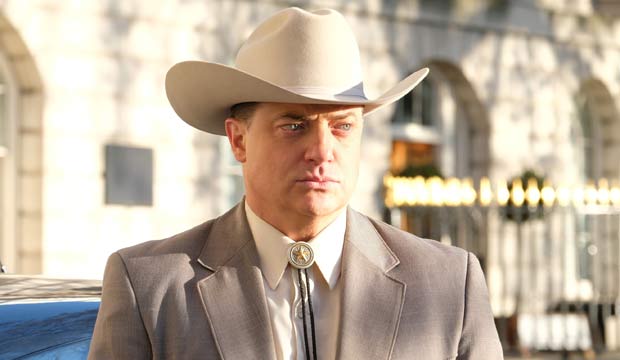 In the film “All the Money in the World,” about the kidnapping of Getty Oil heir John Paul Getty III, all eyes were on Christopher Plummer. The veteran actor earned an Oscar nomination after he abruptly replaced a disgraced Kevin Spacey in the role of billionaire oil magnate J. Paul Getty. But in the new FX series “Trust,” which tells the same story from different angles, much of the attention is going to Brendan Fraser for his performance as Getty fixer James Fletcher Chace, who flies to Italy to solve the case. Many of our Emmy Experts think he’ll be nominated for Best Drama Supporting Actor.

This is the first regular TV series role for Fraser, who is best known for his work in films including “Gods and Monsters” (1998), “The Mummy” (1999), “The Quiet American” (2002), and “Crash” (2005), the last of which won him a SAG Award as a member of the ensemble cast. He also had recurring roles in the shows “Scrubs” and “The Affair.” Can he “Trust” Emmy voters to keep him in mind? Watch our recent interview with Fraser below, and make your predictions here.