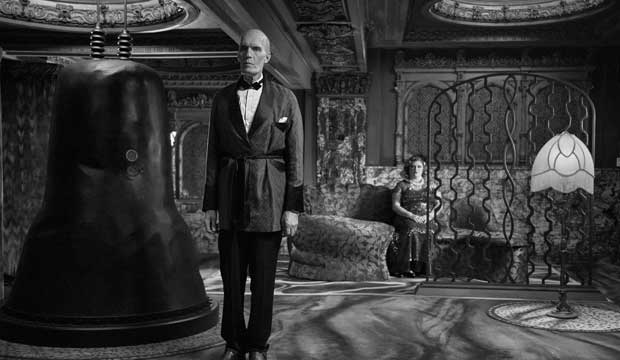 “Twin Peaks: The Return” could bring David Lynch and Mark Frost‘s groundbreaking mystery series back to the Emmys 27 years after the end of its short-lived original run on ABC from 1990-1991. As of this writing we’re betting on the Showtime revival to earn nominations for Best Limited Series, Best Movie/Mini Actor (Kyle MacLachlan) and Best Movie/Mini Supporting Actress (Laura Dern). But what about elsewhere on the Emmy ballot? Below the line the show is going all-in on its most mind-bending episode, “Part 8.” Scroll down to see the show’s complete list of Emmy submissions.

The eighth episode of the series ventured into unfamiliar territory, even by “Twin Peaks” standards. It defies summary, but it includes the shooting death and resurrection of FBI Agent Dale Cooper’s evil doppelganger (MacLachlan), a flashback to the detonation of the first atomic bomb, a floating orb with murder victim Laura Palmer’s face in it, and a mysterious, murderous woodsman who asks, “Gotta light?”

In many categories like writing, directing, casting, makeup, and production design, all 18 hours of “Twin Peaks” were submitted in their entirety. But in races were a single episode was entered for consideration it’s “Part 8” in almost all cases: cinematography, picture editing, sound editing and sound mixing. The race for Best Contemporary Costumes is the one exception: “Part 9” was the episode considered in that race, perhaps because “Part 8” is set largely in period and fantasy settings.

How many Emmy nominations and wins do you think “Twin Peaks: The Return” will get? Check out the full list of submissions below (except for music composition categories, where ballots are not publicly released by the TV academy).