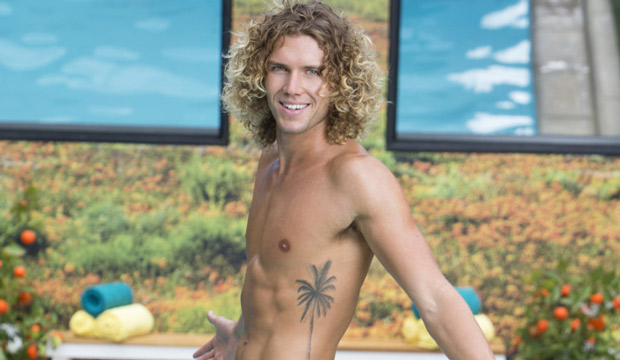 “We can’t be stopped!” Tyler Crispen bragged on Sunday’s episode of “Big Brother” 20 after Haleigh Broucher‘s Head of Household reign was hacked by one of his Level 6 alliance members. After Haleigh initially nominated Kaycee Clark and Angela Rummans for eviction, Kaycee won the Hacker Comp and removed herself from the block, putting up Rockstar Lantry in her place. The remaining four members of Level 6 — Tyler, Kaycee, Angela and Brett Robinson — then celebrated that they’d taken control of Haleigh’s HOH.

“Haleigh might be in power, but if things go right with this Veto there’s a chance that all of Level 6 could stay this week,” Tyler declared in the Diary Room. “Haleigh thought she could take shots at us, but we can’t be stopped! She might think she can send me out the back door, but I’m riding on cloud nine, baby.”

Tyler’s last line was a callback to his “The Cloud” power app, which gives him immunity if he uses it before a nominations ceremony or Veto meeting. The South Carolina lifeguard smartly chose not to use his power during nominations, saving it to prevent a possible back door situation if Haleigh gets to name a replacement nominee for either of the two nominees.

“I love being the ‘BB’ hacker!” Kaycee shouted in the Diary Room after the hacker meeting took place. “I’m officially off the block. Rockstar is up there in my place. She will not win the Veto. Everything will stay the same. Level 6 is gonna come out safe this week, I can feel it now.”

As the hacker, removing herself from the chopping block was only the first of three powers that Kaycee gets to enjoy during Week 7 of “Big Brother” Season 20. Next she gets to name a person to play in the Veto competition, and then during Thursday’s live eviction episode she gets to cancel a vote.