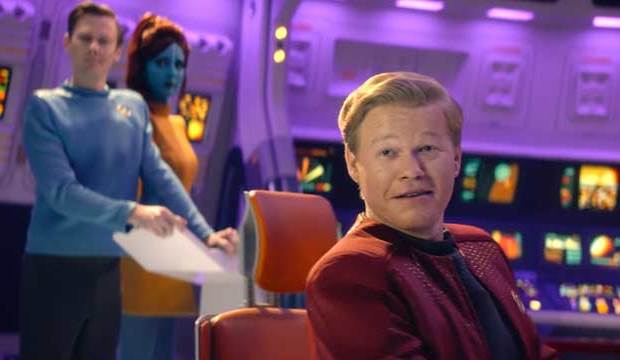 This marks a change in strategy from last year, when five of the six episodes from the third season were promoted in various categories. While “San Junipero” won both Best TV Movie and Best Movie/Limited Writing in 2017, it figured in only six of the 20 races that had a “Black Mirror” submission.

Three categories this year will feature an additional “Black Mirror” submission, alongside one from “USS Callister (Black Mirror).” Jodie Foster will be on the Best Movie/Limited Directing ballot for “Arkangel (Black Mirror).” Letitia Wright will be on the Best Movie/Limited Supporting Actress ballot for “Black Museum (Black Mirror). And, having scored nominations for its visual effects from BAFTA and the Visual Effects Society, “Metalhead (Black Mirror)” has been entered for Best Visual Effects. The effects branch does not publish the full list of submissions; only 15 semi-finalists will be listed when the ballot goes live on June 11. The last program nominated against itself for its effects was “The Pacific” in 2010.

While these are the only additional submissions by Netflix, eligible contenders might enter themselves, as was the case with supporting actress Madeline Brewer from “Black Mirror: Men Against Fire” last year. The ballot no longer indicates who is making the submission.

Last year when “Black Mirror” was eligible for the Primetime Emmys instead of the International Emmys for the first time, Netflix included just two episodes on a single DVD and highlighted just nine contenders across eight categories. Netflix has a much more ambitious campaign this year, mailing all six episodes from this season to Emmy voters across four DVDs, with the back cover of the package listing 16 submissions across 13 categories.