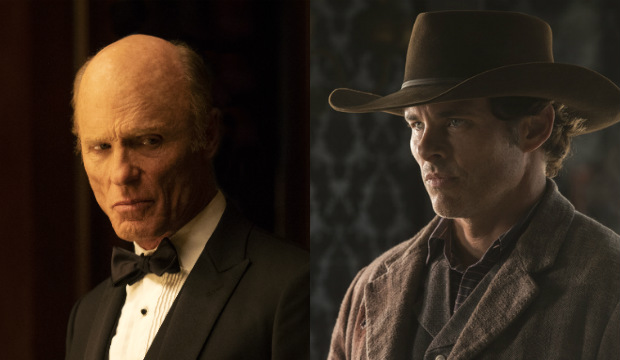 “Vanishing Point,” which is the ninth of 10 episodes in season two, is the best showcase yet for Ed Harris and James Marsden. They were the only ones from the six core cast members not to be nominated for their performances last year and this episode might have been what voters were waiting for.

“Vanishing Point” might be what inspired HBO to campaign Harris for Best Drama Actor, having submitted him for Best Drama Supporting Actor last year. The episode delves into the back story of his character William, specifically his home life, which the show has not previously depicted. Flashbacks set a year before the main events of “Westworld” explore his crumbling marriage to his depressed wife Juliet, played for the first time by Sela Ward.

It is a showy performance complete with tears and outbursts that would have made the two-time Emmy winner for Best Drama Actress (“Sisters” in 1994 and “Once and Again” in 2000) competitive for a Best Drama Guest Actress nomination if she had been submitted for consideration. In the present, William wrestles with the choices that he has made, as well as his own mortality. His tumultuous relationships with his daughter Grace (Katja Herbers) and “Westworld” park director Robert Ford (Anthony Hopkins) are constants in both time periods.

Marsden has considerably less screen time, hence he contends again for Best Drama Supporting Actor. Having been forcibly reprogrammed four episodes prior by fellow android Dolores Abernathy (Evan Rachel Wood), Marsden’s character Teddy Flood finally comes to terms with his newfound dark nature and its effect on his relationship with Dolores in this episode.

Breaking through for the second season is common at the Emmys. Shows like “Westworld” that do so well in their first seasons — five wins from 22 nominations, including all seven drama categories at the main ceremony — often gain nominations in their second seasons for performances that were snubbed initially. Considering only dramas from this decade, “House of Cards” added nominations for Reg E. Cathey and Kate Mara in 2014; “Homeland” added nominations for Morena Baccarin and Mandy Patinkin in 2013; “Downton Abbey” added nominations for Hugh Bonneville, Jim Carter, Michelle Dockery and Joanne Froggatt in 2012; “The Good Wife” added a nomination for Josh Charles in 2011.

Executive producer Robert Patino is on the Best Drama Writing ballot for writing “Vanishing Point” in the hopes of following up the nomination that showrunners Lisa Joy and Jonathan Nolan received last year for the first season finale. Stephen Williams guest-directed the episode, having previously directed the first season’s “Trace Decay,” which Thandie Newton submitted as her showcase episode upon being nominated for Best Drama Supporting Actress. Williams is best known for his first collaboration with “Westworld” executive producer J.J. Abrams, as in-house director of “Lost;” Williams received Emmy nominations in 2008 and 2009 for Best Drama Series as a co-executive producer.