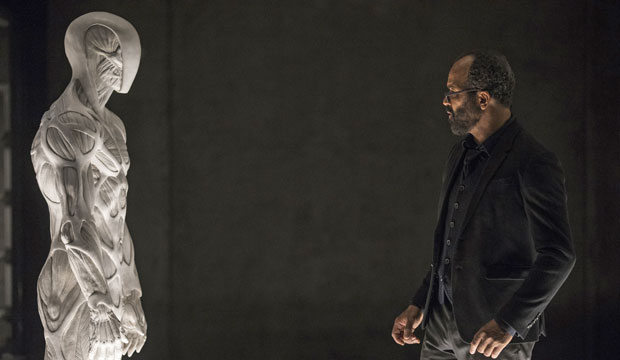 Season two of HBO’s science-fiction western “Westworld” is upon us, which means it’s time for critics and audiences to once again tie themselves in knots trying to decipher this puzzle box of a show. It’s set in a futuristic theme park in which sophisticated, lifelike robots known as “hosts” populate a fantasy version of the Wild West. In season one, which aired back in the fall of 2016, the hosts started to evolve and even achieve sentience. But the timeline isn’t always what we think it is. And even the characters are not always who we think they are. There are mysteries within mysteries within mysteries. Are critics excited for a return to that world on April 22?

As of this writing the second season of the show has received a score of 75 on MetaCritic based on 21 reviews. The show also has 94% freshness on Rotten Tomatoes based on 33 reviews, with the critical consensus there being that it “builds on its experimental first season, diving deeper into the human side of AI without losing any of its stylish, bloody glory.” Even when just viewed on its surface level it’s “terrifically entertaining,” and “its pleasures remain as extensive” as they were in season one. It’s “lavishly produced” and “visually ambitious” with “excellent performances.” But the narrative and thematic complexities can be “baffling” and “sometimes overcomplicated,” requiring “a degree of work” on the part of the audience to understand it. But the “sheer ambition” of the series demands “respect.”

The Emmys seem to like it though — at least, they did in season one. The show was nominated 22 times in 2017, tying it with “Saturday Night Live” as the season’s biggest contender. It was up for Best Drama Series and Best Drama Actress (Evan Rachel Wood) among numerous other acting, writing, directing and craft categories. The show ended up winning four awards: for its sound mixing, non-prosthetic makeup, hairstyling and visual effects. And it has the potential to do even better this year as season two is airing later in the season, so it’ll be fresher in voters’ minds when they’re voting for nominees this June. Then again, maybe a show this complex actually benefits from more time to digest its heady concepts.

David Wiegand (San Francisco Chronicle): “The creators of ‘Westworld’ are playing the long game, and that means a win for viewers, although not without a degree of work … We can easily just follow the surface of the story and find ‘Westworld’ terrifically entertaining. But even if we are not immediately conscious of the thematic aspirations of the series, at some point, we find ourselves considering what it all means.”

Kristen Baldwin (Entertainment Weekly): “‘Westworld’ is an epic robot Western wrapped in multiple timelines and stuffed inside concentric Easter eggs — and its pleasures remain as extensive (and baffling) in season 2, which expands the world with new parks, new faces, new mysteries, and new details about characters that raise new questions.”

Maureen Ryan (Variety): “Like any self-respecting piece of tech, ‘Westworld’ is always trying to upgrade itself. The good news is, several glitches and structural issues have been corrected and modestly improved … TV fans who enjoy excellent performances woven into sci-fi pastiches executed on a visually ambitious scale are likely to continue to find ‘Westworld’ quite watchable.”

Matt Zoller Seitz (Vulture): “HBO’s science-fiction puzzler ‘Westworld’ is the most humorless drama on TV right now, the most narratively complicated (sometimes overcomplicated), the most self-aware, and one of the most lavishly produced … the sheer ambition of Jonathan Nolan and Lisa Joy’s feat compels a wary respect.”

Chris Evans ('Defending Jacob') on his complex character: 'He just buries things down with no intention…

2021 Grammy odds: Early favorites for Record of the Year include The Weeknd, Megan Thee Stallion, Harry…

Michelle Wolf ('Joke Show'): 'I will sell my morals for a punch line immediately' [EXCLUSIVE VIDEO…