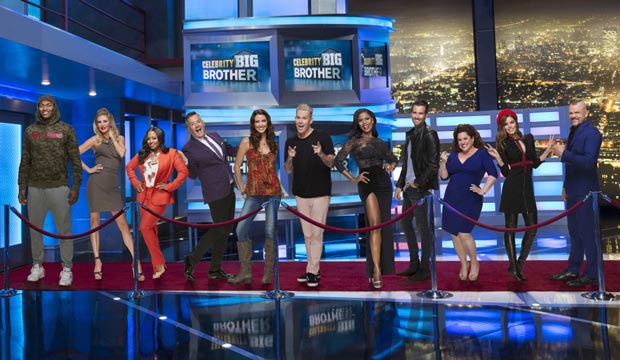 Eleven celebs entered the “Celebrity Big Brother” house two weeks ago, but only nine still remain in the game. (We miss you already, Chuck Liddell and Keshia Knight Pulliam.) Of the nine remaining houseguests, some are playing their hearts out, some are floating along, and some (we’re looking at you, former NBA player Metta World Peace) have no idea what they’re doing. So who are you personally rooting for to win the first-ever USA edition of “Celebrity Big Brother”? Vote down in our poll below.

In terms of physical competitors, no one beats “American Pie” actress Shannon Elizabeth. She won the first Head of Household comp and the first Veto challenge, which ended up putting a huge target on her back. If she continues her winning streak Shannon could make it far in this game, but she’s on shaky ground right now since most of the other players — including TV personality Ross Mathews — want to kick her to the curb.

Speaking of Ross, he won the second HOH competition and used his power to break up the powerful duo of Keshia and reality TV villain Omarosa. However, the moment he nominated them he seemed to regret his decision to not take a stab at Shannon. A backdoor plan was hatched to eliminate Shannon, but that plan was put on the back burner after viewers at home learned that Keshia was throwing in the towel.