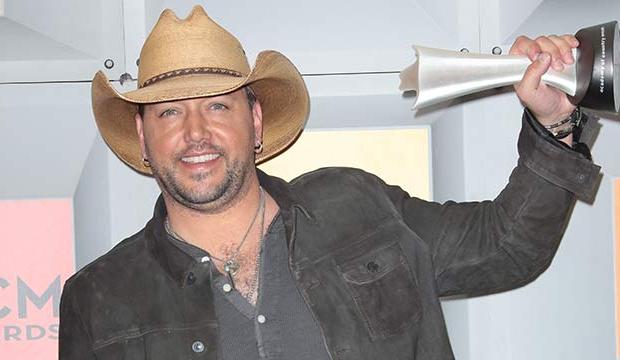 Who were the big winners at the 53rd Annual Academy of Country Music Awards? They were handed out on April 15 during a live ceremony that was broadcast on CBS from the MGM Grand Garden Arena in Las Vegas, Nevada. Check out the complete list of winners here, and scroll down for our minute-by-minute live blog of the awards results, who surprised, who made history and what it all meant.

Follow along below to find out how they did. (All times listed below are Eastern.)

8:29pm — Miranda Lambert wins Song of the Year for “Tin Man,” which she co-wrote with Jack Ingram and Jon Randall. She previously won this award for “The House That Built Me” (2011), “Over You” (2013) and “Automatic” (2015). In this case it’s two wins for the price of one for Lambert, who is honored as both the recording artist and the songwriter. This was an upset victory against the front-runner according to our predictions, the crossover hit “Body Like a Back Road” by Sam Hunt. And it pushed Lambert over the top as the most honored artist in ACM history with a remarkable 31.

8:44pm — As we predicted, Chris Stapleton won Album of the Year for “From A Room: Volume 1,” which follows victories for Album of the Year at last fall’s CMA Awards and Best Country Album at this past January’s Grammys. Stapleton was honored as both producer and artist on the album, and he had another two reasons to celebrate as ACMs host Reba McEntire revealed that Stapleton’s wife Morgane had just given birth to twin boys.

9:16pm — Old Dominion pulls off a huge upset by winning Vocal Group of the Year for the first time. This is only their second ACM Award in their careers, following their victory in 2016 for New Vocal Duo/Group of the Year. We had predicted the award would go to Little Big Town, who had won this prize four times in the last five years, including the last three in a row.

10:06pm — Keith Urban and Carrie Underwood won Vocal Event of the Year for their collaboration “The Fighter” even though legendary Willie Nelson and the late Glen Campbell had been favored to win for “Funny How Time Slips Away.” It was the 14th ACM victory for Underwood and the 13th for Urban. Right before the award was presented Underwood had performed the world premiere of her new single “Cry Pretty” which ended in a standing ovation, so she was still visibly overwhelmed when accepting the award with Urban.

10:18pm — Miranda Lambert collected a third trophy tonight when she was named Female Vocalist of the Year for the ninth consecutive time, extending her record as the most awarded woman in the history of the category. She has won that award every single year since 2010. Overall Lambert now has 32 ACMs, extending her other record as the most awarded artist in ACM history.

SEECardi B ‘Invasion of Privacy’ reviews: She could make history for female rappers by invading the Grammys

10:37pm — Sam Hunt claimed the first ACM Award of his career by taking Single Record of the Year for his crossover hit “Body Like a Back Road.” This was another upset against Little Big Town, who were projected to claim this award for their Grammy winning “Better Man.” Hunt had previously been nominated at the CMA Awards, American Music Awards and Grammys for “Body,” but this is the first major industry prize he has won for his record-breaking song.

10:45pm — Chris Stapleton took back Male Vocalist of the Year, which he won in 2016 but then lost to Thomas Rhett in an upset in 2017. This is his third victory of the night.

10:58pm — Jason Aldean wins Entertainer of the Year for the third year in a row. This is the most consecutive wins for any artist in the top category since Kenny Chesney won four in a row from 2005-2008. This comes about six months after the horrific mass shooting at a Las Vegas music festival on October 1, 2017, where Aldean was a performer. Overall, Aldean has won 13 awards from the academy.

11:03pm — Two awards that weren’t televised both went to the Brothers Osborne: Video of the Year for “It Ain’t My Fault” and Vocal Duo of the Year. Both victories were updates based on our racetrack odds. We had expected Vocal Duo to go to ACM darlings Tim McGraw and Faith Hill, and the front-runner for Video was Thomas Rhett for “Marry Me.” Despite six nominations, Rhett went home empty-handed.